RIM Clarifies (sorta, kinda) Why No Email and PIM on Playbook at Launch 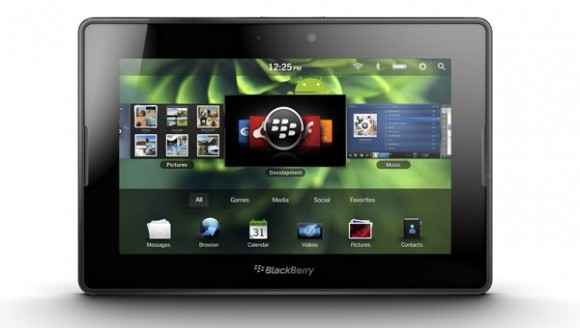 I need to take my hands away from scratching my head on this one before I can type this post. We’d heard back in January that RIM’s tablet, The Playbook would possibly launch without email, calendar, and PIM clients. That was a puzzler then and it still is now. It lead to much speculation that RIM was just trying to use its bridge to its Blackberry devices to sell more of those alongside of the Playbook.

Well, there will be email, calendar and PIM functionality native on the Playbook. Just not at launch. Yeah, that’s where the head scratching comes in. According to a report from Engadget, an official FAQ for a Verizon Webinar says users will be seeing that native functionality in a future update.

There’s still enough confusion to go around obviously. Playbook owners will be able to use the web for that functionality and of course if they have a Blackberry well there’s that bridge to help you out. But what keeps the dandruff flakes falling on my keyboard is the not ready to go part. According to a report at Crackberry.com, RIM doesn’t feel ready with the security portion of all of this yet. Of course security is a big selling point for RIM, so that would make some logical sense. But haven’t we passed the day (if we haven’t we should have) where this is the case? I’m reminded of a time long ago when Motorola trumpeted FLASH on its Xoom player and then it wasn’t ready at launch. Oh, wait a minute. That was just a few short weeks ago. Apple got away with it with copy and paste, but hey, Microsoft sure isn’t catching any empathy or sympathy for its update woes.

Are these companies really this eager to get into this market that they will launch without being able to back up key selling points? Wow. This mobile tech world really is upside down.

Via Engadget and Crackberry.com