After being asked about security issues related to the Middle East and India during an interview with the BBC, RIM co-CEO Mike Lazaridis abruptly ended the discussion and walked away before any more questions could be asked. 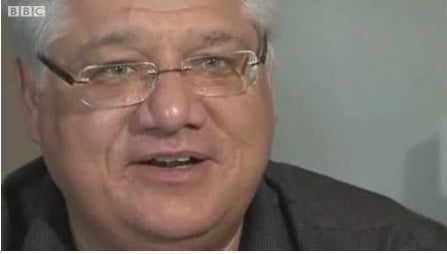 When the interviewer asks him whether RIM has ‘sorted out’ the security issues in the Middle East and India, Lazaridis calls the question unfair. When pressed as to why it was an unfair question, RIM’s co-CEO had this to say:

And then, when asked for assurances as to whether BlackBerry users in the Middle East and in India could feel secure using their devices, Lazaridis abruptly ended the interview deeming the question ‘unfair’.

BlackBerry devices have been labeled ‘security risks’ by several countries in the Middle East including Saudi Arabia and the UAE and it appeared that things had cooled off after negotiations. However, after that interview, it appears to still be a pretty touchy subject for Lazaridis and Co.

You can watch the clip of the BBC interview here.