Google and Samsung are now waging another war in the fight for ecosystem dominance, and this time the provoker is not Apple, but it is Research in Motion with the launch of the BlackBerry 10 OS as RIM tries to re-capture market share in the smartphone space. RIM is casting the first stone as it has scheduled its developer conference, now called BlackBerry Live, for the same May 14-16 dates as Google’s Android-centric Google I/O developer conference in California. 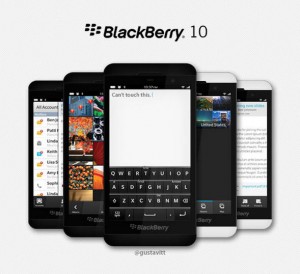 RIM has also been aggressively courting developers to build for its platform, an area where Google has been more relaxed about. With monetary prizes to winning apps at its BlackBerry Port-a-Thons, RIM is asking developers to either create native apps, web apps, or port existing apps to its new BlackBerry 10 operating system, which is largely based on the QNX engine.

In the last developer port-a-thon that RIM hosted, the company scored over 20,000 submitted apps in a period of two days. The company says that it hopes to launch with at least 70,000 apps when BlackBerry 10 debuts on January 30th alongside some new hardware.

And while RIM is busy trying to build momentum for launch, Pocket-lint is reporting that Samsung had implicitly attacked RIM’s dominance in the work place with its latest advertisement–the video from YouTube is embedded below. Samsung has been forging its way into enterprise users with its S.A.F.E. software platform on top of Android to make Android enterprise-ready. The campaign pokes fun at keyboard users, and though RIM and BlackBerry weren’t called out by name, BlackBerry phones were featured in Samsung’s commercial.

If RIM can keep up the developer momentum and bring compelling apps and popular services to its platform, the company has a lot to offer for its BlackBerry 10 platform. One thing that struck me was BlackBerry Balance, which allows enterprises to essentially partition a BlackBerry 10 device into two parts–an enterprise partition with separate apps and consumers could load their own content onto the consumer partition. In this manner, enterprises can keep their partition safe and users can run their own content without having to have two phones. The nice thing about this is the extra security layer and that personal and enterprise content cannot co-mingle. If you take a screenshot, for example, on the enterprise side, it remains there and your personal side won’t be able to access said screenshot.

BlackBerry 10 will launch simultaneously in different areas of the world on January 30th, and we’ll have to wait and see how RIM fares. BlackBerry 10 will have to compete against iOS, Android, Windows Phone 8, and a slew of upcoming mobile OSes, including the Firefox OS, Ubuntu for mobile, Tizen, and other Linux-based OSes.

And speaking of the coinciding conference dates, Google is expected to release the next version of Android, known as Key Lime Pie, at this year’s I/O conference.