RIM Has No Plans to Halt Production of WiFi BlackBerry PlayBook 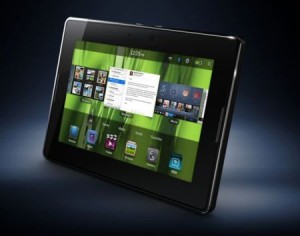 Research in Motion has utilized Twitter to address rumors that the company may halt production of its PlayBook tablet, stating that it has no plans to do so and that the PlayBook is continuing to launch in new countries every week:

“Pure fiction. No plan to discontinue. In fact, WiFi PlayBook is launching in new countries practically every week.”

Speculations that RIM may discontinue the WiFi model originated from OTR Global Research. The reason that the 7-inch slate is being ‘discontinued’ is due to a combination of factors, and according to Mike Abramsky of RBC Capital Markets, RIM may be focusing its attention on the upcoming PlayBook variant with embedded mobile broadband. Slower sales of the tablet, which was met with lukewarm reviews when it was initially released, may be the contributing factor to the easing of production.

Abramsky speculates further based on OTR’s rumor that while RIM may be slowing production for the WiFi-only PlayBook, it may still not mark the end of RIM’s tablet ambitions for now. The BlackBerry-maker may be shifting its focus to models with embedded 3G and 4G network connectivity that’s aimed at carriers. Sprint had promised a PlayBook model that’s compatible with its WiMax 4G network, but thus far there hasn’t been much chatter about that device.

The PlayBook is released in 16, 32, and 64 GB capacities and is currently only available in a 7-inch display. Though the PlayBook was launched with missing PIM apps for contacts, calendar, and email management, the device boasts strong build quality, a gorgeous display, and enterprise-driven features built on the new BlackBerry Tablet OS that’s based on the QNX operating system.

For now, though RIM is suggesting via social media that it is committed to its debut tablet and will continue to make aggressive efforts for the WiFi-only slate.