After slumping sales and a failure to compete effectively in the consumer space in light of stiff competition from newer mobile OSes such as Apple’s iOS and devices running Google’s Android operating system, Research in Motion had announced that it will be exiting the consumer space. In effect, RIM will be returning back to its roots and focus on the enterprise and corporate market, though it’s unclear how that strategy will play out considering today’s ‘consumerization of IT’ and more open IT environments that are accepting of Android and iOS.

According to new CEO Thorstein Heins, RIM will be focusing on its strengths in the enterprise space now: “We plan to refocus on the enterprise business and capitalize on our leading position in this segment. We believe that BlackBerry cannot succeed if we tried to be everybody’s darling and all things to all people. Therefore, we plan to build on our strength.” 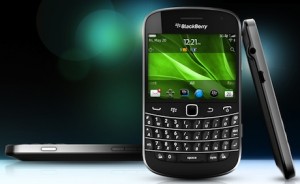 With recent BlackBerry releases, RIM was attempting to make in-roads in the consumer space, by adding touch screens, new touchscreen-only form factor that debuted with the BlackBerry Storm, better cameras, and a push for messaging with BBM services.

However, in the consumer space, RIM’s device requires either a BlackBerry Enterprise Server or provisioning on the carrier side with BlackBerry Internet Services. As such, you cannot merely pop in a normal voice and data SIM card on a traditional smartphone and have it work on a BlackBerry smartphone. And RIM is in the business of selling these expensive BlackBerry servers.

With the PlayBook tablet recently gaining POP email access, we’re seeing a dilution of RIM’s core business strength with its servers as the PlayBook does not need a special or dedicated server or service to access emails, calendars, and contacts. I would argue that the reason why the PlayBook did not come with an email client out of the box is because RIM was unwilling to sacrifice sales of expensive server equipment to create a consumer-grade tablet. The tablet itself is the commodity while the value that RIM is trying to drive to customers is the secure server environment.

It appears that RIM may be more keen on preserving its core server business and that may be one reason why it’s deciding to forego the consumer market.