At this point, it’s almost becoming cruel to talk about RIM’s demise. Watching the smoldering ruins of a company that was once the leader in smartphones, you can’t help but wonder how they could be so out of touch. With yesterday’s story from Jonathan Geller at BGR showing an even more intimate look at the inner workings of the Titanic of the smartphone industry, we get a clearer perspective on just how complacent these guys became. 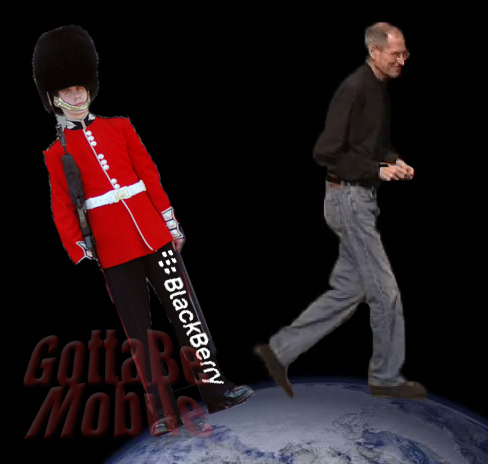 RIM became the early leader in the smartphone arms race, and decided to stand still. They didn’t “stand still” in the sense of not working hard enough or not taking enough action – they did plenty of that. What we mean is that they didn’t change with the times. They got comfortable with their moment of glory and decided that the world would be forever frozen in the place that it was when they were the best.

Turning of the Tide

At one point the Blackberry was the best. When smartphones were a novelty, when they were an extension of PDAs, they were the coolest mobile device around. They were a luxury that only the wealthy and the corporate had. They were a status symbol.

But somewhere along the way (around, say, 2007) the smartphone landscape changed. With the introduction and mass adoption of the iPhone (and later Android), personal devices became the high-end devices. Business phones were no longer the premium smartphones. Employees would carry their Blackberry work phone in one pocket, and their personal iPhone in the other.

Apple swooped in, took Blackberry’s “premium” aura, and made their phones look like relics from the past.

Yet RIM could have seen this. If they had opened their eyes to what customers wanted, to the changes that were taking place – they could have adjusted their approach. The iPhone’s main rival, Android, didn’t really blow up until 2010. That was three years that RIM could have used to come up with a similar iPhone competitor. They did nothing of the sort.

One of the more telling passages from a former RIM executive in the BGR piece:

So here we have Apple turning the market upside down with the introduction of the iPhone, and RIM is talking about having the best speakerphone on the market. They were so focused on their old model that worked at one point, that they refused to open their eyes and see the changes that were taking place.

According to the BGR piece, RIM’s executives were perplexed at the success of the iPhone and thought that they had the real secret to smartphone success:

“Mike is convinced people won’t buy an iPhone because battery life isn’t as good as a BlackBerry,” a different source said.

This complete disconnect from cultural shifts runs so deep that they still don’t appear to have learned anything. With this year’s launch of the Blackberry Playbook, the company’s venture into tablets, they’re repeating the same mistakes:

Mike Lazaridis looks at it as, why aren’t people buying this tablet when it has the most powerful engine with respect to multitasking, and supports Flash?

In case you missed it, one of their ads for the Playbook (which runs on this site) urges customers to “multitask like you mean it”: 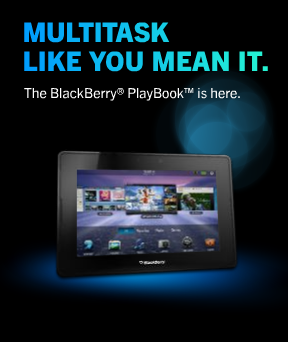 So here we have Apple showing us how the iPad is “magical” and becomes whatever we want it to be. Whether you’re a fan of iRhetoric or not, it is effective in getting people excited about their products. It’s human.

Then, on the other hand, we have Blackberry advising us to “multitask like you mean it.” It’s not only the failure to connect on a human level (Android tablet marketing has also fallen into that), but it’s also a baffling blindness as to why people buy these products. Nobody wants to “multitask like they mean it,” RIM – not even your business clients.

Everything in life is forever changing. Birth, death, high tide, low tide, the shifting of the seasons, the turning of the planets, and the thoughts in our heads – all are forever in motion. You would think that a company called Research in Motion would get that. But, alas, they remained in a world where 2005 was frozen in time. It was nice knowin’ ya, RIM. You can grab your bulky, QWERTY keyboard-laden phone on the way out.