Earlier today, a letter that was purportedly written by a senior executive with BlackBerry maker RIM surfaced on the internet imploring RIM’s co-CEO’s to make changes in order for the company to turn things around. And, as expected, the company has responded to those remarks with an extremely defensive stance that makes you wonder whether or not the company took the open letter to heart. 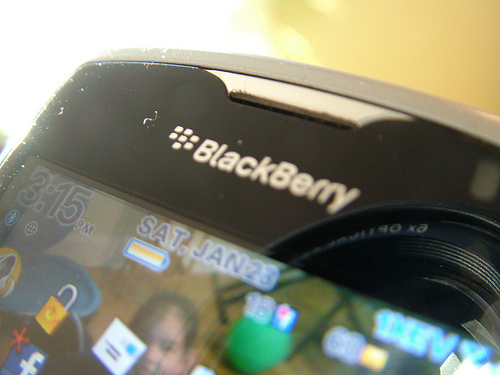 An “Open Letter” to RIM’s senior management was published anonymously on the web today and it was attributed to an unnamed person described as a ‘high level employee”. It is obviously difficult to address anonymous commentary and it is particularly difficult to believe that a “high level employee” in good standing with the company would choose to anonymously publish a letter on the web rather than engage their fellow executives in a constructive manner, but regardless of whether the letter is real, fake, exaggerated or written with ulterior motivations, it is fair to say that the senior management team at RIM is nonetheless fully aware of and aggressively addressing both the company’s challenges and its opportunities.

RIM recently confirmed that it is nearing the end of a major business and technology transition. Although this transition has taken longer than anticipated, there is much excitement and optimism within the company about the new products that are lined up for the coming months. There is a fundamental business reality however that following an extended period of hyper growth (during which RIM nearly quadrupled in size over the past 5 years alone), it has become necessary for the company to streamline its operations in order to allow it to grow its business profitably while pursuing newer strategic opportunities. Again, RIM’s management team takes these challenges seriously and is actively addressing the situation. The company is thankfully in a solid business and financial position to tackle the opportunities ahead with a solid balance sheet (nearly $3 billion in cash and no debt), strong profitability (RIM’s net income last quarter was $695 million) and substantial international growth (international revenue in Q1 grew 67% over the same quarter last year). In fact, while growth has slowed in the US, RIM still shipped 13.2 million BlackBerry smartphones last quarter (which is about 100 smartphones per minute, 24 hours per day) and RIM is more committed than ever to serving its loyal customers and partners around the world.

So, not only does the company have a hard time believing that the letter is genuine, management also seems to believe that the company is still in a very good position as far as the market is concerned.

And as for upcoming products? RIM’s management team is apparently over the moon stating that “there is much excitement and optimism within the company about the new products that are lined up for the coming months.”

For the sake of the RIM employees and BlackBerry fans, we hope that that is indeed the truth.

Update: RIM has bowed to pressure and has apparently formed an independent committee that will look at the company’s current executive structure.