“Before you license the software, you must show that the platform has significant potential. If such proof exists, a licensing is conceivable,” Heins told German paper Die Welt. BlackBerry 10 will be announced and launched on January 30th and RIM told us at the Consumer Electronics Show that consumer availability of new smartphones should be shortly after the launch date. 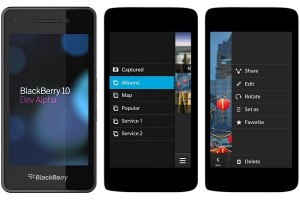 This isn’t really anything too new as Heins has been candid about both possibilities in the past, but reiterating RIM’s position shows that the company is serious in trying to grow market share. What is new is RIM even considering the sale of the hardware business. The company once prized itself, much like Apple, on the tight integration between hardware and software that makes a BlackBerry smartphone safe, secure, and enterprise-ready. If RIM does license out its software and sells off its hardware business, it may have a harder time convincing government agencies, enterprises, and those who need a secure mobile experience that a BlackBerry 10-powered non-RIM hardware would be safe and worth considering.

It’s unclear which of the major smartphone players would license BlackBerry 10. Samsung is a major Android player and the company is already working with Microsoft on Windows Phone 8 as well as exploring options with Tizen, which is expected to launch sometime this year. LG appears committed to Windows Phone and Android, and HTC is also on the same path. Nokia, which abandoned all of its mobile efforts to focus on Windows Phone 8 would not be a likely candidate. RIM may still find hope in emerging players in the space, like Huawei or ZTE, but both Chinese companies have been accused by the U.S. government of being dominated by the Chinese government and where security is at risk, businesses may not be too keen on buying a phone from these firms.

By licensing, RIM may make BlackBerry more of a consumer OS and brand and may erode the platform’s value with enterprises where security is of utmost importance.

RIM has been aggressive with its approach with BlackBerry 10 and there has been a lot of momentum being generated before the launch. Various developer port-a-thons are encouraging developers to port their apps to the BlackBerry 10 platform and RIM is hoping to launch with a catalog of over 70,000 apps in BlackBerry World, the company’s app store.