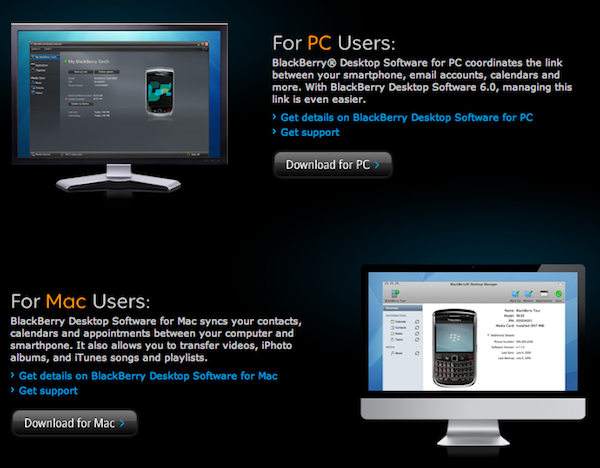 Research in Motion has launched updates to its BlackBerry Desktop Software for Windows and Mac. The Mac update now supports synchronization with BlackBerry 6 devices, like the newly launched BlackBerry Torch on AT&T or the BlackBerry Style on Sprint, and will allow users to switch devices and synchronize media–including music–over WiFi.