Kevin Tofel and Engadget are reporting that RIM will be launching a 4G version of the RIM Playbook Tablet “this summer.” Interesting news on a number of fronts. First, as Xavier posted, folks are getting their hands on the device, so it does indeed exist. Second, Kevin is reporting that this seems to be a 4G only device with no fall back to 3G if you’re out of Sprint’s WiMAX coverage area. Third, “this summer” is still somewhat vague, but that’s the way this game is played at CES 2011 on products that aren’t really ready yet. Fourth, we’ve all assumed that this was a device that was aimed at current Blackberry users who would tether to their Blackberrys. While that might still be the case in non-Sprint 4G models that may or may not be yet to come, it looks like RIM is opening the door for those who might not be a part of the Blackberry culture to pick one of these up. 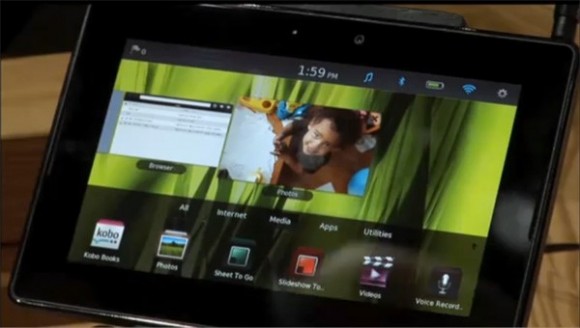