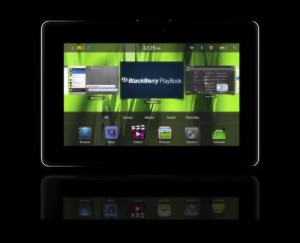 The RIM Playbook Tablet/Slate is opening eyes on a lot of fronts. One of those is security and encryption especially in the Enterprise sector.

Apple has had some success with seeing iPads deployed in some businesses, but if RIM pushes security and encryption my guess it will find an opening.

RIM isn’t the only one looking to the lucrative Enterprise sector. Even with confusing reports from analysts saying Samsung is cutting back production on the newly released Galaxy Tab, Bloomberg is also reporting that Samsung is sniffing around for business customers as well.

Both of these Tablet/Slates play in the 7 inch space.

This is going to be an interesting story to watch in the next year (the real year of the Tablet/Slate) to see how Enterprise customers begin to adopt Tablet/Slates as a part of their business strategies.