Smartphone-maker Research in Motion had filed a patent with the USPTO to make the roads safer by deterring users from texting or operating their smartphones when the phone detects that it is inside a vehicle that’s moving at a certain speed or faster. Theoretically, this sounds like a great innovation to foster more hands-free usage while drivers are behind the wheel of a car, but RIM’s patent may have the opposite effect on the roads.

According to the patent filing, the phone would be restricted when it detects that it is in a moving vehicle of a certain speed or faster. However, users can bypass this restriction by completing some sort of visual puzzle or entering a captcha code. 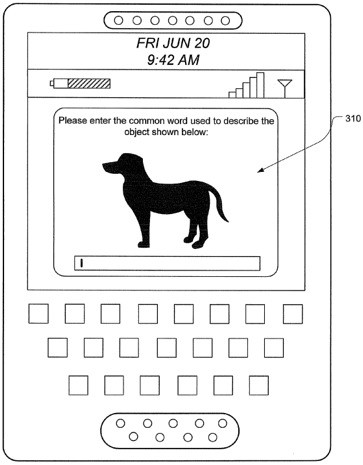 Captcha codes or completion of a puzzle would not only require the user’s eyes on the phone, but also will distract the user from the task at hand–driving. While RIM does have good intentions with this patent, it seems that the act of entering a captcha code, especially from users who may deem whatever text they need to send at the moment as an ’emergency,’ may make it more hazardous.

While I am a proponent of hands-free laws and advocate for safety measures to prevent teens from using their phones behind the wheels, I do not think that RIM’s invention here should come to market in the form that it was prevented to our patent office.