Take a walk through the mall, or sit in your Doctors office this year and you’ll likely meet a barrage of ringing, beeping and crooning from custom ringtone. Over the past two years smartphone use has exploded, allowing users to use any song or clip as their ringtone, but despite the ease of DIY, the ringtone business is still making big bucks.

AllThingsD shares a chart that highlights the $2 Billion dollar a year ringtone business. Surprised? You shouldn’t be.  The ringtone business includes the ringtones you hear in public and the ever annoying ring-back tones that you hear when you call a friend. 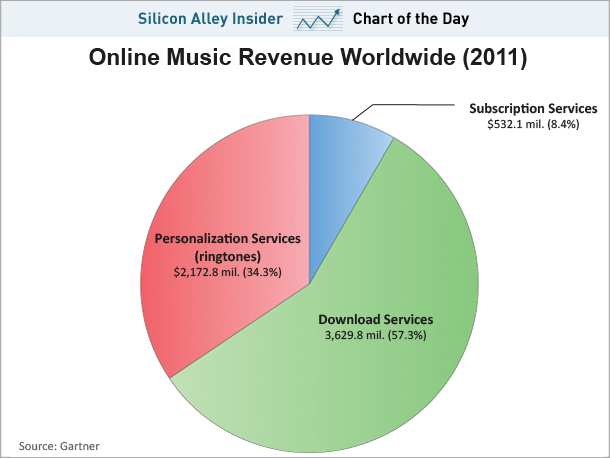 Ringtones and Ringback Tones Add UP to $2 Billion a Year

The simplest answer to why this is still such a huge business is shown in the chart below. While smartphones have taken over a huge part of the cell phone market, there are hundreds of millions of feature-phones out there, with locked down file systems and easy access to billing ringtones to your monthly bill. 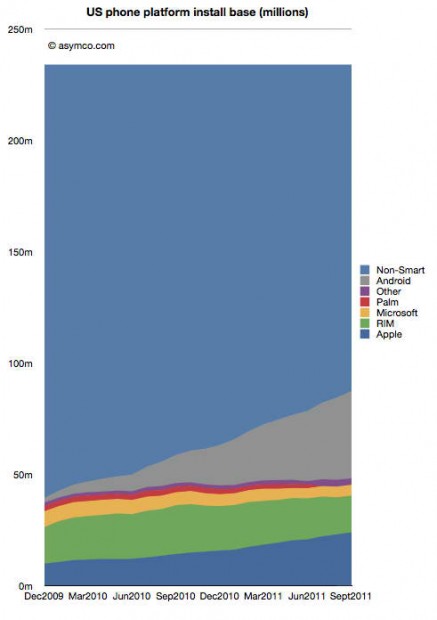 Even though there are a number of ways to add ringtones to these phones, it is often too complicated for the regular user. On the smartphone side, adding a ringtone to an iPhone or Android phone is pretty straightforward, but many people still pay for the convenience of a sound bit or new song. You can make your own iPhone ringtones and alerts if you don’t want to hand over extra cash to the ringtone rich.

This doesn’t even touch on the incredibly large number of users who like ringback tones. Approximately 80% of the people I know pay $1.99 for ringback tones. I’m not talking teens and tweens, but grown men and women who want to share their (awful) taste in music with me every time I call them.

Do you spend money on ringtones? Or do you make your own?