Ask most industry insiders and they’ll tell you that something changed significantly the moment the world found out that Microsoft, makers of the Xbox One entertainment console and dozens of games for it, had managed to secure Rise of the Tomb Raider as a 2015 exclusive launch.

Games exclusive to consoles aren’t new to anyone. As long as there’s been video game consoles, video game companies have used the allure of exclusive games to get shoppers into stores. Exclusives are pure and straight forward in an industry that’s really complicated today. We expect Microsoft to put its games on its consoles. Rise of the Tomb Raider falls into a gray area. It’s not made by Microsoft directly, instead it’s created by Crystal Dynamics and published by Square Enix. What’s more, Rise of the Tomb Raider isn’t the first game in a series. That it’s direct predecessor, Tomb Raider, was available on both the Xbox 360 and PS3 makes this launch bizarre. 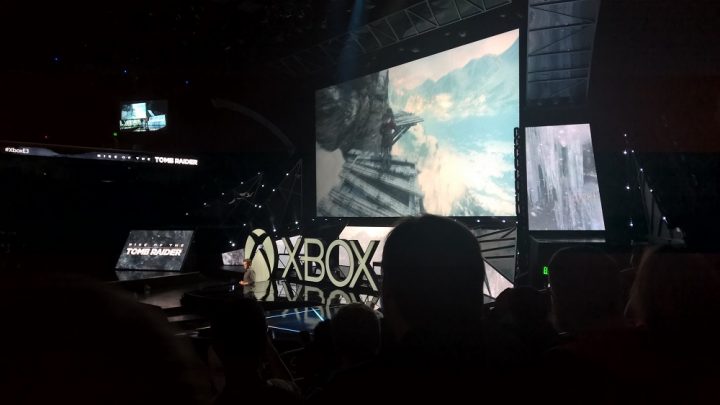 Read: All the Big Games at Microsoft’s E3 2015 Media Briefing

I waited in line at the Rise of the Tomb Raider booth at E3 2015 this year hoping to see some magic, expecting to understand what Microsoft executives saw and decided, presumably, to pay Square Enix to keep this game locked to Xbox One this year. I wasn’t disappointed.

Rise of the Tomb Raider Impressions – Not a Hands-On

Rise of the Tomb Raider is the big-budget sequel to Tomb Raider from 2013, but the franchise debuted years ago on Sony’s PlayStation console. The focal point of the games haven’t changed, though the protagonist has grown in many ways. The first Tomb Raider games featured a fully-formed Lara Croft flying around the world in search of lost treasures. Tomb Raider 2013 was notable in that it took that completely functional Lara Croft away and replaced her with an amateur, very raw version of herself.

I expected to see a fully formed formed Croft appear again at the Rise of The Tomb Raider’s faux snow-covered mountainside booth at E3 2015. That wasn’t the case. First, even though it’s months from release, Rise of the Tomb Raider wasn’t available to play on individual consoles on the show floor. Instead, reporters lined up to watch a member of the Crystal Dynamics development team play while another member of the development team broke down what we were seeing.

Lara Croft isn’t a whole Tomb Raider in Rise of the Tomb Raider either. Revealed cut scenes and trailers for the game tell us that much already. As the demo began we got another look at the snowy Siberian setting. While trying to retrieve a trinket in the frozen Russian tundra Croft is hurt, forcing her and the player back into survival mode. 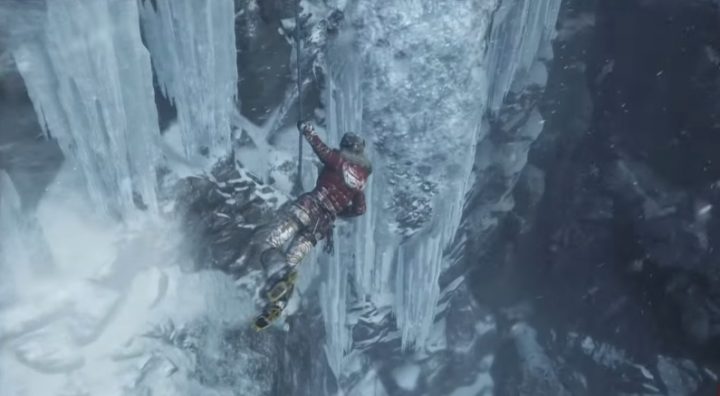 The first thing I noticed about Rise of the Tomb Raider is just how incredibly gorgeous the game’s environment really was. The weather effects in Rise of the Tomb Raider are spectacular. Everything looks incredibly detailed, even the way the snow drifts behind Lara’s feet as she wades deeper into the snow looked natural. Fire effects are just as good. Textures on trees and environments pack a fidelity I wish all games had.

Stranded in the woods, Lara sets up a camp to survive, but it’s that camp that attracts enemies. When enemies arrive, Lara is already gone and that’s when you realize that there’s what appears to be a private army lurking in Siberia with you. Protecting yourself and investigating these forces, Crystal Dynamics demonstrated some of its non-linear combat. 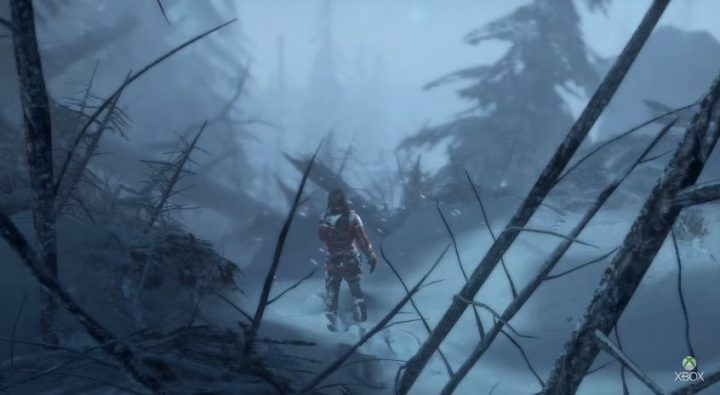 A day and night system, plus crafting make Rise of the Tomb Raider more role-playing game than adventure game. Crafting is key, because Lara is in the wilderness and needs to come to terms with what she’s doing and how far she’s willing to push herself to get there. Players will push themselves, creating new weapons out of the resources they find and trying to survive in one of the world’s most harshest ecosystems. We got a chance to see only a few bow and sharp objects, but there’s more depth there.

I bring the crafting up because it is one of the two things that will have a major impact on the experience this fall. The other half of that equation appears to be your imagination. Crystal Dynamics demonstrated how different the Rise of the Tomb Raider experience can be with an attack on an enemy base camp. You can go in trying to kill everything in sight, but stealth played a big factor in the gameplay I saw. The developer on the console picked up a gas can and through it on the flames in the center of the camp to prove that players should stay true to their preferred style.

Guardians were featured heavily in the demo to highlight how a once weakened Lara can take on the environment as she levels up. The Guardian I saw was a giant bear that protected a secret of its own, complete with tomb to explore.

Rise of the Tomb Raider Impressions – Should You Buy? 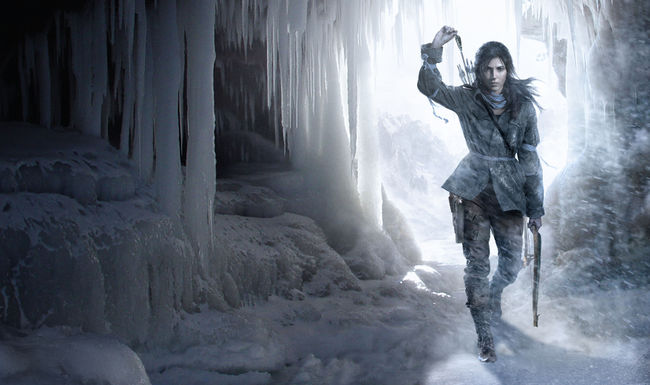 It’s too early to say whether you should or shouldn’t by Rise of the Tomb Raider when it debuts on the Xbox One this year. What I can say is that I walked out of that booth impressed by the breadth of options and how dangerous, but alive the Russian tundra felt.

I can’t definitively rule one way or another since I didn’t get to take the controller. I am genuinely interested in the game though, which is more that what I could say before the show. Rise of the Tomb Raider is coming to the Xbox One and Xbox 360 on November 11th. Physical copies of the game are already available for pre-order at GameStop.