Rise of the Tomb Raider reviews began appearing online early this morning, giving potential buyers time to decide if they still wanted the purchase the game at midnight tonight. Rise of The Tomb Raider is the follow-up to the Tomb Raider reboot from 2013. It takes players to Siberia in search of the secret to eternal life. The game is developed by Crystal Dynamics and published by Square Enix. Only Microsoft’s Xbox One and Xbox 360 consoles are getting Rise of The Tomb Raider this year. The company is hoping that locking down access to the title to its platforms will boost sales ahead of the PS4 this holiday season. 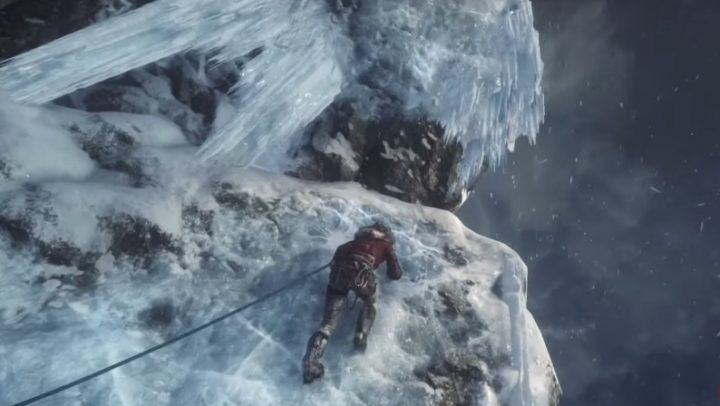 Read: Rise of the Tomb Raider Release Date: What Should You Buy?

Polygon wasn’t particularly fond of the game’s story or setup this time around, noting just how much it resembled the story in the previous game and doesn’t add much context for Lara’s obsession with hunting down artifacts. It does say that all of this is made up for back the game not heavily relying on story anyway. “Aside from a couple of big plot moments, cut scenes in Rise are blessedly short, and you’re generally allowed to keep moving during dialogue between characters.”

According to the review, this game doesn’t mix up the combat that much, but does have a much more interesting setting. Siberia is said to be seriously more interesting than the somewhat dull and one note island setting of Tomb Raider. “It’s not just that Rise of the Tomb Raider has a greater variety of environments, but those environments offer more things to do.”

Game Informer’s Kimberly Wallace says that exploring tombs is better than it was in the past game. “The excitement of exploring tombs is one of this entry’s major improvements over its predecessor.” According to Wallace, raiding tombs is only required a few times in the game’s story, but other optional tombs offer some fun puzzle solving away from the main story.

Wallace also highlights some big changes in combat, and the reason even those who didn’t like the previous game might want to pick up Rise of the Tomb Raider. “I liked using mêlée kills to sneak up on enemies, but sometimes the animations put you into vulnerable spots during battle.” New weapons and mêlée sneak attacks add some variety that wasn’t necessarily there from the previous game. One thing Wallace does point out is how repetitive some of the story mission design gets.

The Rise of the Tomb Raider review published this morning by GameSpot explores the story a bit more than other reviews. It notes that the game’s story is well-worn territory for games and movies. Again, Lara is on the hunt for an artifact that grants internal life. This artifact is called the Divine Source in Rise of the Tomb Raider. “If that premise sounds trite, that’s understandable. The Holy Grail grants the same power in Indiana Jones and The Last Crusade,” the reviewer says.

What seems like a swipe at the game’s inspiration turns out to be a compliment in the end. “Yet Rise of the Tomb Raider anchors Lara’s story with its own believable characters and emotional weight.” That’s a stark contrast from the comments Polygon makes about that same story.

Related Topics:Rise of the Tomb Raider