The Amazon listing for the Rise of the Tomb Raider season pass is on Amazon because the outlet lets shoppers purchase codes for games and digital goods directly through its store. After the sale  completes Amazon emails the buyer a code that they can use in the Xbox One’s store to unlock whatever item or gear they purchased. 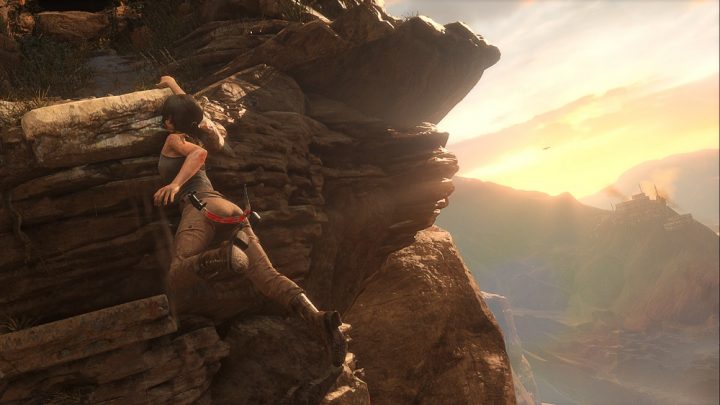 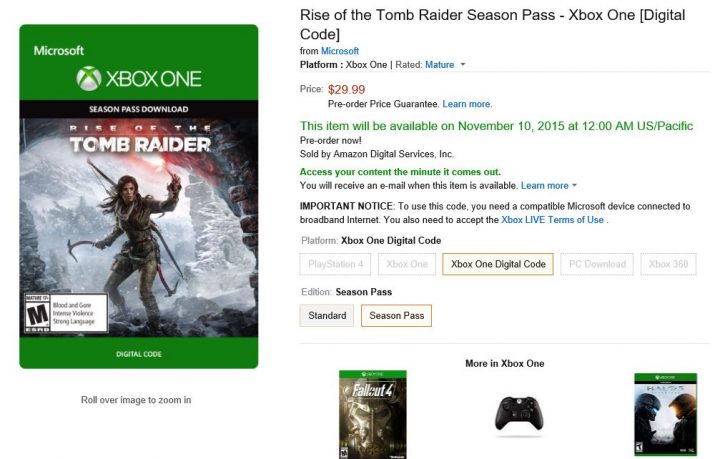 It’s that last bit that has some people worried. Almost every video game these days has a single player campaign and a multiplayer experience. The two experiences are usually bundled together in the core game, with players having the option to invest in new maps and extras if they’d like to get even more out of the multiplayer. Until now, it wasn’t clear if Rise of the Tomb Raider had a multiplayer experience at all. The description on Amazon confirms that multiplayer is coming but it also hints at getting access to multiplayer requires a season pass purchase. Such a move would be the most controversial thing we’ve seen from the video game industry in some time.

Season Passes lets users get access to every piece of in-game content. Developers release that content at a steady pace, prolonging the shelf life of the game. Recent season passes have lasted for as long as six months. Most of the criticism aimed at season passes is because of the DLC model itself.

A large swath of gamers believe that developers should include DLC in their original game, not try to get more money out of players by selling it separately. It’s hard not to argue with that view if Rise of the Tomb Raider actually goes on sale without an entire mode just so Square Enix, the game’s primary publisher, can sell access to it in a season pass. Microsoft Studios is also co-publishing the Xbox One and Xbox 360 versions of the game. Neither company has even mentioned the Rise of the Tomb Raider season pass, much less deeply discuss its contents.

Rise of the Tomb Raider is only the second game in the rebooted Tomb Raider series. This series is more brutal and serious than past games. This time Lara Croft finds herself in the Siberia trying to stay alive while on the hunt for another mystical artifact. That being said, Tomb Raider actually goes back to the 1990s and includes movies and more.

This week Microsoft did announce a Rise of the Tomb Raider Xbox One Bundle for holiday shoppers. It’ll cost $399 and include a digital version of the game at no charge.

Crystal Dynamics has confirmed that Rise of the Tomb Raider won’t have any of multiplayer experience at all, according to Forbes. That confirmation makes the “compete with friends” line in the description at Amazon more mysterious.