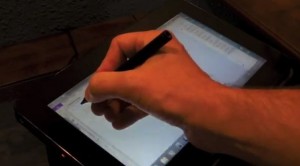 Rob Bushway has his hands on the Motion Computing CL900 Tablet and has put up a few posts and videos about his early usage on the slate that is being billed as light and rugged. You can check out all of Rob’s posts so far here, here, here, and here. Rob, as you would expect lays out his thoughts well and points out both the high points and the issues he sees. with this new slate. Note that the CL900 Tablet is using an NTrig digitizer, is running an Atom Z670 clocking in at 1.5ghz.

You have to give Motion Computing credit. They stick to their guns in terms of their market (or niche) and seem to create quality hardware each and every time out. As Rob notes the NTrig digitizer in the CL900 seems to be in better shape than some earlier Tablets with NTrig digitizers. Remember Rob was one of the first very brave Tableteers who dropped a bundle on the first Dell Tablet with an NTrig digitizer and to put it mildly he was not surpised.  Speculating here, perhaps they are finally figure things out. That would certainly make a lot folks happy.

I believe Chris is working on a review of the Motion CL900 for GBM so it will be interesting to have both opinions up here once Chris gets ready to publish.

I’ve embedded a video Rob shot of the Inking experience below, but make sure you check out his posts.