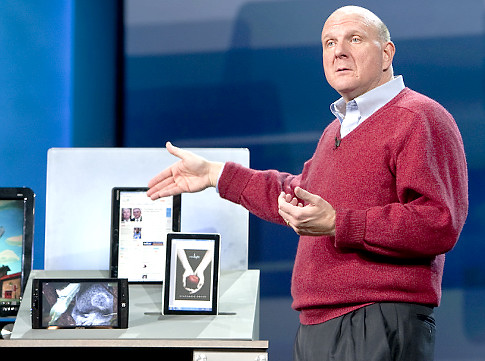 Robert Scoble may be late to the party with his analysis of why Microsoft fumbled and bumbled the Tablet PC, but it will get attention. We’ve been diagnosing and ranting  here on the pages and posts of GBM about all the ways that Microsoft missed the mark on what it had for quite some time and frankly that’s old news. (Although I’m sure we’ll do some rehash later today as well ;)

Scoble says Ballmer goofed by not requiring MSFT employees to use Tablets. The point is as good as it is obvious. I think somewhere along the line I mentioned the fact that Ballmer took the stage at a MVP conference and took notes on a piece of paper instead of using his own project. Again, one of countless missed opportunities in the great Tablet debacle at Microsoft.

Bottom line Scoble is correct. Microsoft launched the boat but stood on the shore and watched it sink.