After being on the market for over 10 years, Roller Coaster Tycoon 3 is finally releasing for the iPhone and iPad, bringing the joy that you used to have from your PC to the mobile platform for the first time.

However, the series on mobile has taken a step back in order to take two steps forward by releasing the older Roller Coaster Tycoon 3 on iOS. The new mobile game (developed by Frontier, not Atari) costs just $4.99 up front and doesn’t come with any in-app purchases at all, meaning that you won’t have to bother with time-based upgrades that persuade you to spend real money in order to speed things up. Instead, it acts like a true video game should and gives you all the features you’d want without having to pay more for the privilege. 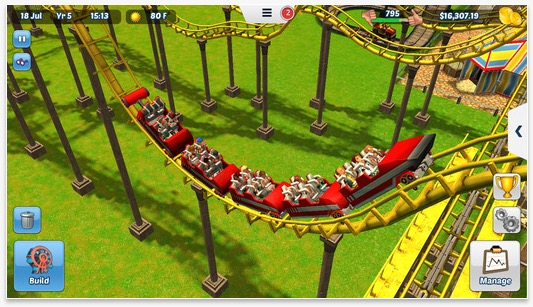 With that said, it appears Roller Coaster Tycoon 3 is Frontier’s fix for Roller Coaster Tycoon 4, as the new mobile title completely changes things around and gets rid of in-app purchases in favor of a one-time payment up front, a pricing model that used to be popular for iOS games, but has since taken a back seat to the lucrative freemium model.

Roller Coaster Tycoon 3 on iOS uses the same 3D layout as the PC version of the game, and also includes all 18 scenarios from the PC game. There’s even a sandbox mode for unlimited fun without any limits. 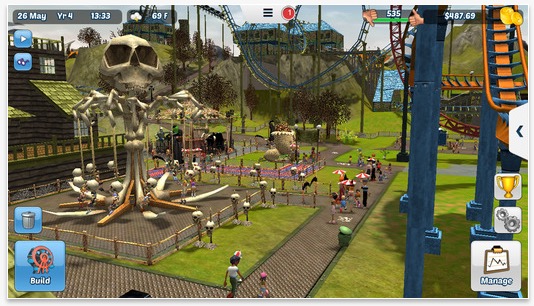 You can design your amusement park using five themes that are available: Generic, Spooky, Western, Adventure, and Sci-fi. Build it how you want, but make sure you’re guests are happy so that you earn more in-game money.