Tablets and gaming go together like hands in a glove. It’s like they were meant to be. Goodness knows the range of games is broad enough that most Tablet users have at least one game among the Apps on their devices. Regardless of your gaming preference you’re bound to find something to entertain you for those idle moments where you just want to turn off and play for awhile.

I’m not much of a gamer. Those games I do play are either of the mindless variety such as tower defense games (I’m a fan of FieldRunners) or the ones that allow me to progress a little through a story of some kind, then put the game away and come back to it later. I really enjoy when I’m able to turn my brain away from writing and other work, sit, relax and journey into another world for a bit of time. Perhaps I have too many things to complete in my real life and that’s why I enjoy games that offer journeys that I don’t need to complete. Yes, I was a fan of Myst back in the day. 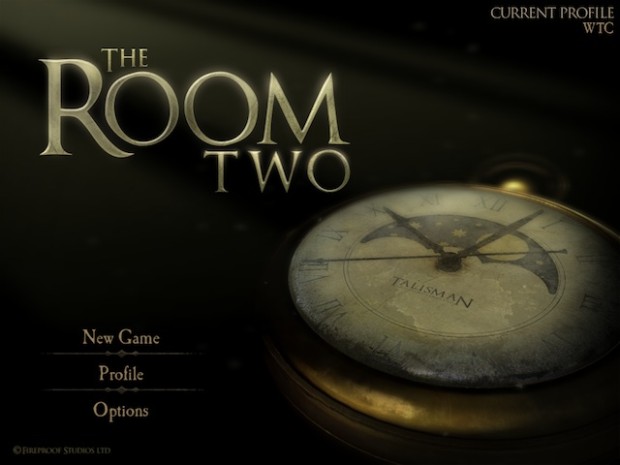 One of these types of games that I enjoy on an iPad for the reasons stated above is The Room by Fireproof Games. Like in the movie biz some films help further the definition of what a film experience is. The Room is a game that I think not only defines a certain type of gaming experience, but helps define gaming intereacton on the iPad. In Hollywood they sometimes call those kind of movies prestige films. The Room is a prestige game.

The Room is a puzzle game that takes full advantage of the iPad and touch. The game gives you a sense that you are not just tapping and swiping things, but there’s an immersive, almost 3D quality to way your fingers interact with the objects you manipulate. The graphics are wonderful, the music, (and creepy voices) set the stage for your journey through a series of puzzles that you need to unlock to leave a room and advance through the game. As you solve one puzzle others present themselves and there are puzzles within puzzles. It’s fiendishly clever. What I like most about the game is that I never felt like I had to reach an end point, though there is one. Playing The Room was just a way to escape and let my mind turn over in different ways than it normally does. Apple named The Room game of the Year in 2012 and in my view it certainly deserved it.

Now there is a sequel to The Room. It’s called The Room Two.

The Room Two promises a larger world to explore and places those puzzle boxes in a variety of new locations. In extremely early testing, the visual and aural aspects of the game look and sound as good as the original. I haven’t come close to saying I’ve played the new version, but The Room Two looks like a sequel that fans of the original will really enjoy and first timers will be delighted with.

And if you’re a new iPad owner, either The Room or The Room Two are great games for you to enjoy on your new device. It will not only involve you with some great puzzling solving, but it will help you understand how much fun journeying into another world with your fingers can be on an iPad.

The original The Room is now free in the App Store for a limited time. The Room Two costs $4.99. I don’t often recommend games, certainly without getting deeper into them, but based on my experiences with The Room, I can say that both the original and The Room Two, would be worth your time. I’m guessing The Room Two will also be viewed as a prestige game as more gamers begin to unlock its secrets.