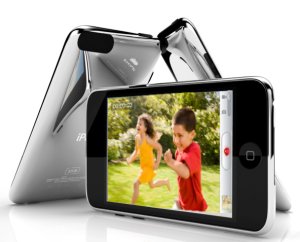 If you’re planning on getting an iPod touch, wait a few months. That’s the advice I’ve been giving everyone (with limited success – nothing could keep my mother-in-law from the Andre Rieu app), and thanks to a new report from Wired, I have more reason to stick to it. According to their “well-connected” source, cameras and microphones, like those in iPhones, are coming to the next generation iPod touch.

Not a big surprise (I’ve been expecting this since WWDC ’09), but it is important to note that these additions would make the iPod touch almost identical to the iPhone, except for WWAN and true phone capabilities. This means Skype without an external mic, photo and video recording, voice memos, VoiceOver accessibility, etc. It also lifts a major barrier to app developers who have had to figure out how to deal with the limitations of the iPod touch and whether to bother. GPS would be the icing on the cake, but I’ve heard wifi triangulation is pretty effective in urban settings.

Timetable is set at two to three months, roundabout when new iPods are typically announced. Seems to be some excitement over using 3G routers, like the Mifi, to turn this new iPod touch into an iPhone substitute. Sounds like a fine idea to me.