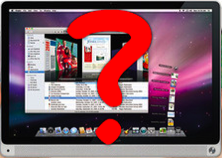 Word on TheStreet.com (by way of CrunchGear) is Apple will have their mythic tablet ready for sale in time for the holidays, but they’re currently figuring out how to sell it. One option? Package it with 3G and a subsidy from Verizon.

The device, being from Apple, will come with a big price tag. To reduce some of the sticker shock, in a market awash in $300 netbooks, Verizon will pick up part of the buyer’s cost. […] Unlike a smartphone, the tablet will be a data-only device.

Sounds plausible enough. They also mention the partnership won’t be as close as Apple’s deal with AT&T, presumably since it would be data only, and the subsidy would not be as big as the iPhone’s either. However, while I don’t doubt Apple is considering such a deal, a couple things don’t smell right about it.

First, why now? Apple has resisted  integrated WWAN in their Macbooks for years, and they’re going to start now in a new device, right  after they introduced  Internet tethering  on the iPhone? Everyone assumes AT&T is dragging their feet on tethering because their network’s not ready or they’re figuring out billing, but when has lack of readiness ever stopped them from charging customers more money? Rather, I think the delay is due to Apple negotiating with them on how to get a cut, possibly by requiring a further subsidy if tethering costs extra (and it will) and applying that subsidy to a Macbook purchase.  A Macbook + iPhone bundle (synergy, not competition) is the type of strategy I expect from Apple.  A deal with Verizon for integrated WWAN on one device  is not.

Second, GSM is a global standard, CDMA (Verizon’s network)  is mostly U.S. Fine for the U.S. market, but if Apple wants to go international with this, they’ll almost have to build a second version for GSM. I can see Apple offering a CDMA version of the iPhone now that it’s reached sufficient market share, but not  for a new  device in a new market.

Third, they cite competition with netbooks as a reason for seeking a subsidy, but netbooks are getting subsidized too.  A subsidy would  bring  an Apple tablet down  to a consumer-friendly upfront  price point, but it wouldn’t help it  catch up with netbook pricing.

Of course, nothing stops Apple from going with a plan that is strategically flawed, and other circumstances could force their hand. But for now, I’m putting the Verizon  rumor on  my “possible but unlikely” list (and saving my pennies for an Apple tablet for the holidays).