Rumors Circulate that Microsoft is Looking at Office for iOS 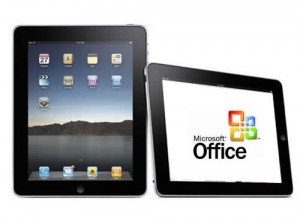 Slashgear is pointing to an article in The Daily that have sources saying Microsoft is thinking about porting parts of its Office Suite for the iPad. We’ve heard this before certainly, and if you get past the emotions of rivalry and into the land of dollars and cents it only makes sense.

While the focus is on Word, Excel and Powerpoint, Microsoft does have one of its Office products already available for iOS and that’s a sort of lackluster version of OneNote. That App is intended for the iPhone but can be used on the iPad.

Given how every company has its own Cloud these days it would be interesting to see if Microsoft can make this work with its Office 365 and the Office Hub in Windows Phone. I’m sure that’s the intent, and not surprisingly, there is an opportunity there as Apple has yet to release good iCloud functionality for its suite of iWork Apps for other than mobile devices. Of course timing is everything these days.

Speculation on this speculation is that the price points would be around $10 for each App, following Apple’s lead with Pages, Keynote, and Numbers.

Let me just say this. I think it is a natural for Microsoft to do this and expect it to happen someday. Less natural, but more needed is for Microsoft to focus some effort on its iOS OneNote App. But then we all know that Microsoft likes to keep anything OneNote related as a big secret.