In addition to rumors heating up for a future smaller iPad Mini model, speculations behind Apple releasing a lower cost iPhone are also starting again. Apple had made it no secret that it is observing the low-cost smartphone market that’s been dominated by Symbian and Android, and now China Times is reporting that the supply chain is hinting at a low-cost entry-level iPhone model to complement Apple’s flagship, high-end model 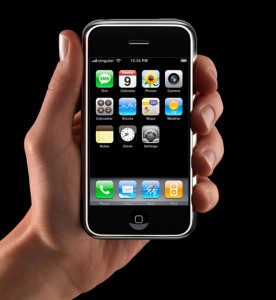 There are a few reasons that this may not make sense at this time as Apple is already selling phones from its prior generations at lower starting price points. For example, Apple is currently offering the iPhone 3GS on AT&T in the U.S. for free to customers who sign a two-year service agreement and last year’s iPhone 4 model is retailing for $99 with a two-year agreement. The current iPhone 4S flagship is retailing for $199 at the lowest configuration starting price.

Though details and specifics were not mentioned by China Times, the publication is stating that the model will be coming to market later this year.

One potential for a low-cost iPhone model that’s being thrown around by Unwired View is a model with a smaller display. That, too, seems to be a bit of a stretch as Apple’s iPhone already employs one of the smallest displays in the market, with Android handsets pushing screen sizes upwards of 4.5-inch and Windows Phone now at 4.3-inch. However, given that Apple may be pushing its display to a 4-inch size with the next-generation iPhone 5, perhaps a low-cost model will later occupy the 3.5-inch space that will be vacated.