The Xbox Durango, the next major generation of the Xbox platform, could launch later this year with Ryse, a title that Microsoft originally announced for the Xbox 360 back in 2011.

The Verge reports that developer Crytek (makers of the Crysis series) is reworking its Ryse game to take advantage of the technology in the Xbox Durango. The original trailer for the game showed heavy Kinect integration, and it’s likely that a retooled version will rely on the more advanced Kinect of the next Xbox.

Ryse takes place in ancient Rome where a war threatens to tear the city apart, or at least that’s what the first trailer showed. Microsoft will likely provide more details as to the exact story of the game at its rumored May 21 unveil of the Durango, or at E3 in June.

Microsoft reportedly wants to make Ryse the “mega launch title” for the next Xbox. The title would make it a system seller in the same way Halo was for the first Xbox, and Gears of War was for the Xbox 360. Microsoft will face an uphill battle if it hopes to sell hardcore gamers on a Kinect-heavy game.

The Xbox Durango may also have a new Forza game lined up as a launch title. The racing game will reportedly feature “super life-like” graphics with more realistic cars. The game will probably face numerous comparison to Drive Club, a possible launch title for the Sony PlayStation 4. 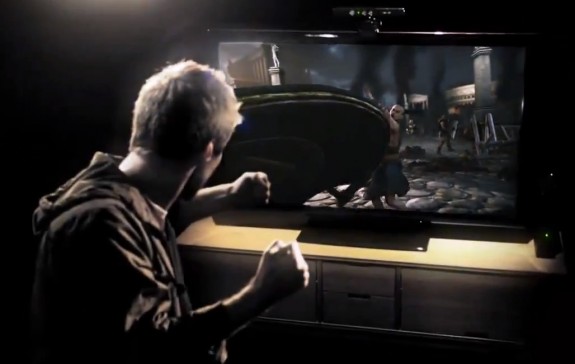 Microsoft allegedly has two more launch titles for the next Xbox, bringing its first-party launch lineup up to four games. Those games include an unspecified zombie game and a family game that will use Kinect scanning to create avatars inside the game.

Of course, Microsoft will also have third-party support for the new console. The Verge claims Microsoft will have a few first person shooters from third parties ready for the Durango launch later this year.

Many third-party games announced for the PlayStation 4, such as Assassin’s Creed IV and Watch_Dogs will also likely come to the next Xbox. Ubisoft already announced both those games will come to “next generation consoles” aside from the PS4, which could really only mean the next Xbox.