We’ve all done it, or seen someone do it. That moment when you or a friend is walking along, texting away on their smartphone or updating Facebook and runs into another person, a pole, or just does something that makes them look silly. There’s now Android phones with a special “Safety Mode” to stop exactly that.

Japanese phone provider DoCoMo has introduced a new feature into most of their Android smartphones that’s called “Safety Mode” which, once enabled, will prevent users from using their phone while walking, or even driving. This new “feature” spotted by CNET is one of those options or modes all phones should have, but most don’t. It makes perfect sense, but no one’s introduced something like this, until now. 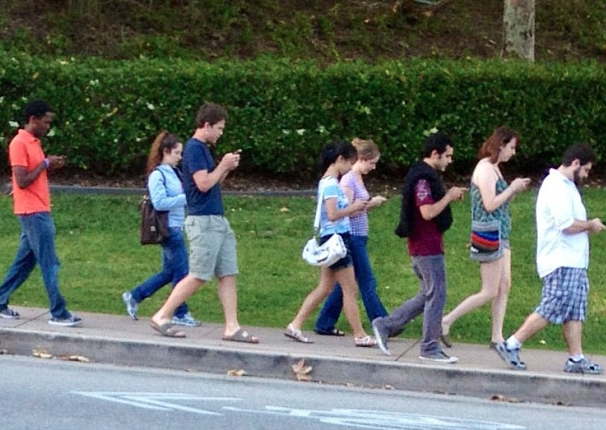 The Safety Mode appears to be for more than just texting, and if the user is walking or moving at a speed the phone recognizes it completely locks you out. Apparently once enabled the phone will lock when you’re walking and even issues a warning that states, “Using your smartphone while walking is dangerous. The phone senses you are walking. Please stop.”

The news was recently confirmed by DoCoMo themselves in a press release, so yes, this is indeed a real thing and an option available to many upcoming Android devices from the Japanese carrier. In that release it states that walking while using your device is dangerous, but for those that must use it there’s a close button which will enable 10 seconds of use.

If you’re too busy to stop walking and must reply to that tweet or unimportant text message you’ll have 10 seconds to do so, then it locks you out again as to save users from being too distracted. Otherwise you’ll end up like the person above and being famous on YouTube for walking into something. The press release also states holding the power button for 5 seconds completely disables it, if needed.

It’s an interesting concept, one we could see in the US at some point, but so far nothing of this nature has made its way to our devices. At least not yet.