The Samsung 840 EVO SSD series is the latest collection of SSD drives from Samsung designed to eliminate the hard-drive bottleneck found in many MacBook Pro and Windows 8 systems without asking users to give up storage space.

This isn’t the first 1TB SSD drive, but it is one of a few affordable 1TB solid state drive options available to users that need speed and storage space. The retail price of $650 for the 1TB model puts the cost per GB at $0.65, expensive compared to traditional drives, but a bargain for solid state storage.

An SSD is standard on the MacBook Air and in some Ultrabooks, and users often notice the slowdown when going back to a traditional hard drive. Samsung is targeting MacBook Pro users, Ultrabook owners and Windows 8 notebook owners that need a faster drive, that doesn’t force them to carry an external drive as well. 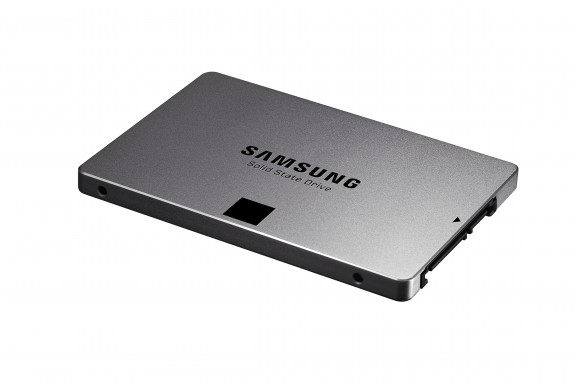 The Samsung 840 EVO SSD comes in capacities up to 1TB.

The 840 EVO SSD drives connect via SATA 6Gbps, and also support the SATA 3Gbps and SATA 1.5Gbps connections. Users can fit these drives into a typical notebook hard drive slot as this is a standard 2.5mm enclosure. The drive measures 7mm thick and weighs 1.9 ounces.

Samsung includes a software suite to get users up and running on the new drive quickly. This includes an external USB cable and software that makes a copy of the current hard drive so users can copy, install and get up and running without purchasing additional software or adapters. The software includes the ability to optimize the drive for speed or capacity, depending on the user’s needs.

The Samsung 840 EVO drives come with a three year warranty from Samsung which is nice, but shorter than the standard 5 year Intel SSD warranty. 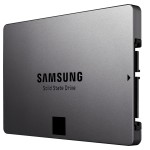 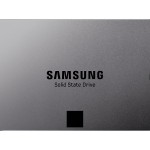 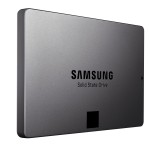