As the company confirmed with its invitation to the Premiere 2013 event in London, Samsung will bolster its ATIV line of Windows 8 tablets with two new devices, though one of them might not have been the Windows 8 showcase Microsoft would have preferred. 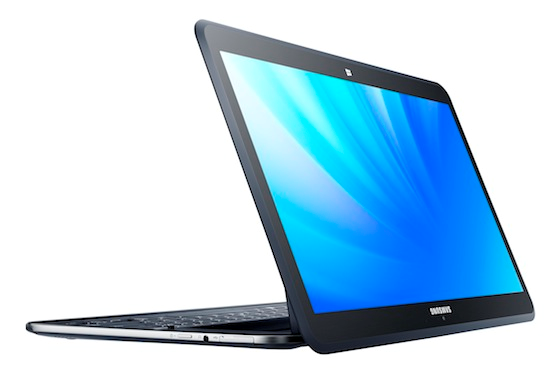 According to the company the device, which features a 13.3 inch display with a resolution of 3200 x 1800 pixels will have a special lens that allows it to transform into a few different modes including tablet mode, laptop mode, stand mode and a mode that puts the display front and center.  All told, the hardware transformation isn’t totally different from the ideas Lenovo has shown off with its ThinkPad Twist and the Acer R7. Samsung says the ATIV Q will work with its S Pen stylus.

Internal specifications on the ATIV Q will include 4GB of RAM, an Intel Core i5 Processor, and a 128GB SSD, giving users what could very easily be described as a full computing experience. 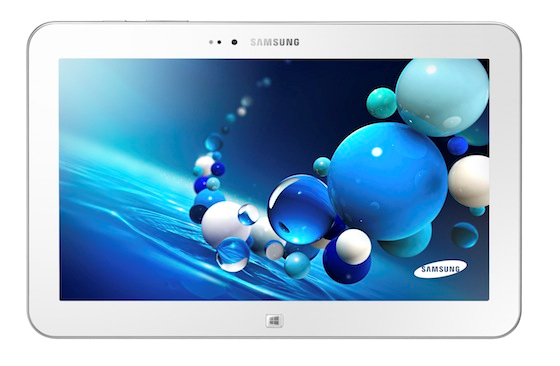 The new Samsung ATIV Tab 3 tablet is being billed by Samsung as the world’s thinnest Windows 8 tablet and with a weight of 1.2 pounds and 8.2 millimeter thickness they may be right. As it did with the last ATIV tablet, Samsung will ship this device with an Intel Atom processor meaning users will be able to keep running their legacy desktop applications.

Thanks to its less power hungry processor and low resolution 1366 x 768  10.1 inch display Samsung says users can expect the battery to last about 10 hours.  The ATIV Tab 3 is will be available this August for $699, according to representatives who talked with GottaBeMobile at the event.

Samsung hasn’t yet offered any pricing or details on the ATIV Q, however as the device could be seen running Windows 8.1, it could possibly indicate a launch sometime after the operating system is made available to users this fall.