As expected, Samsung has announced the LTE versions of the Galaxy S II and the Galaxy Tab 8.9 and will be showing them both off in more detail at this week’s IFA conference in Berlin.

Of course, we’ve already seen what all three look like so it won’t be too much of a surprise. 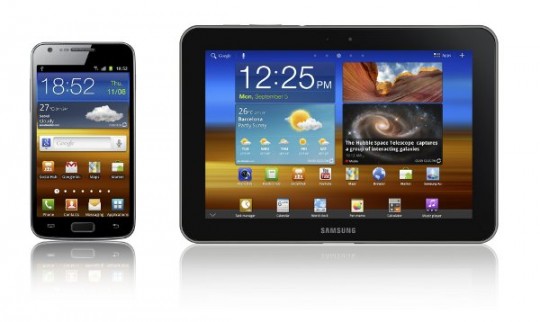 These LTE devices will be upgrades over the original devices, the Galaxy Tab 8.9 has yet to be released in the U.S., and both will include a 1.5GHz dual-core processor and the Galaxy S II will be bumped up to 4.5-inches.

As for pricing and a release date, those details will likely be unveiled at IFA which starts on September 2nd and ends on September 7th. For those of you hoping for a Galaxy S II LTE on Verizon, this gives you a sliver of hope.

If you recall, a report claimed that Verizon would be carrying a phone similar to the Galaxy S II soon and while speculation rests on the Samsung Stratosphere, it’s possible that the Galaxy S II LTE aka Samsung Celox could be that phone.