At Mobile World Congress in Barcelona Samsung announced its new Wallet app that looks suspiciously like Apple’s Passbook with many of the same features.

Samsung Wallet supports real-time updates, so membership cards can update to display points automatically or boarding passes can change with updated flight info without the user interacting with the app.

Despite the prevalence of NFC in Samsung smartphones, the new Wallet app does not support NFC. Samsung Wallet instead focuses on barcodes like Passbook. Samsung claims this is because retailers prefer barcodes to NFC as they don’t need any new equipment to scan barcodes. There’s a chance a future version of Wallet will support NFC, but the first iteration will not.

The omission of NFC is especially strange considering Samsung’s recently announced partnership with Visa which will bring payWave apps to future Samsung phones.

Any app can access Samsung Wallet, but only after Samsung approves the app. Samsung also has a number of partners for Wallet including MLB, Expedia, Hotels.com. Booking.com, Belly, Walgreens and Lufthansa. Each of those partners currently have apps that support Passbook on iOS, and MLB recently expanded its use of Apple’s app. 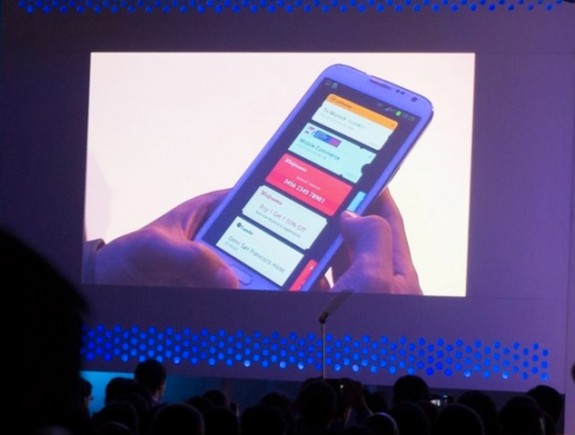 Samsung Wallet is currently available for developers only. There’s no word on when the new app will come to Samsung devices. It seems likely that Samsung would include the app in the Samsung Galaxy S4 which it will launch on March 14 in New York City.