It looks like Samsung has some exciting stuff to show the public in just a few weeks time as the company as released a teaser video that exclaims that it will be introducing “something big” on September 1st at the IFA Conference in Berlin. This event will of course come after Sammy’s August 29th event in the U.S. that will likely be the launch pad for the Galaxy S II’s American release.

But what is this September 1st event all about? From the looks of things, it appears to be centered around a phone or phones. In the screen grab, you can clearly see two people holding a phone that is blurred out by sunlight or fairies, I’m not too sure. Whatever it is, it’s impeding our view of the product that will likely be announced in Germany. 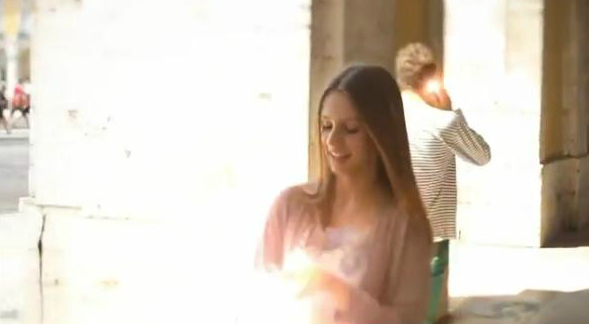 OK, so what is the mysterious golden device? I have one guess and that’s a 4G LTE Galaxy S II. Possibly that Samsung Celox that we saw leak out awhile back. If you recall, the first time we saw it, it had a physical home button and it’s my guess that that was the European version of the phone. The second shot of the Celox was devoid of a home button and that’s likely going to be the American release.

The Celox seems like the safest bet. Let’s just hope that Samsung announces it for both Europe and the United States and gives us some concrete release information when it does.

Anything else you guys would like to see? Nexus Prime, perhaps?