After rumors that Samsung’s Windows Phone 8 Ativ S entry may have been delayed until early 2013, the smartphone-maker has sent a note stating that this is not the case and the Ativ S should still arrive by the end of the year.

The company had released a brief statement to WP Central stating that the Ativ S is still on track for delivery later this year. 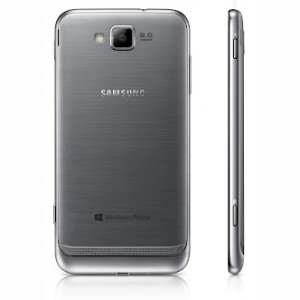 As Samsung is a launch partner for Windows Phone 8, the company’s smartphone has been curiously missing from Microsoft’s lineup to date whereas rivals Nokia and HTC already have models selling in stores. The Ativ S has not been announced for the U.S. market, though Samsung and Verizon are working on a variant called the Ativ Odyssey for that carrier’s 4G LTE network, though neither company gave any details about the Odysset’s specs at Microsoft’s San Francisco, California Windows Phone launch event.

The Ativ S, like the Samsung Focus S before it, is based off of design and specs of Samsung’s Android flagships. Whereas the Focus S was based on the Galaxy S II, the Ativ S bears similar specs to the Galaxy S III, which is one of the hottest Android devices right now. The device features a 720p HD Super AMOLED 4.8-inch display, an 8-megapixel rear camera, Gorilla Glass 2, dual-core 1.5 GHz Snapdragon CPU, and a thin profile.

While AT&T had carried the Focus S before on its network, it’s unclear if the Ativ S will be coming to that carrier when it does arrive by the end of the year. It’s really too bad that Samsung wasn’t able to get the device out earlier to catch the full holiday shopping season.