For the first time ever, Android smartphone buyers won’t be the only users able to control their television without accessories and complicated third-party remotes. Samsung is including the technology in the Samsung ATIV SE, the companies Galaxy S5-like Windows Phone.

Ironically, Samsung has yet to announce the device itself, however Verizon Wireless posted all the details about the upcoming $199 Windows Phone device this morning. Among other features like a 5-inch display and quad-core processor, buyers can expect the ATIV SE to control their television set thanks to an integrated IR-Blaster on its power button and a new Windows Phone version of the WatchON software that’s now currently only available on Samsung’s Android devices. Other exclusive software features include SamsungLink for sharing photos and videos and ATIV Beam for sending files to other Samsung devices. 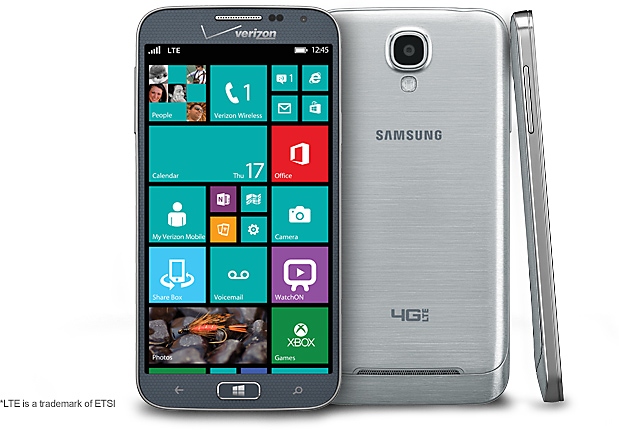 WatchON coming to Windows Phone is a big deal because it’s one of the few times Samsung has actually taken some initiative with its Windows Phone devices. Traditionally, the company’s Windows Phone devices have been light on innovation with Samsung opting to reuse internals of Android devices. Essentially, all of Samsung’s recent devices are rehashes of different Galaxy models. That does seem to be still happening, after all, WatchON was a feature key feature of the Galaxy S5 this year too. Still, progress is progress.

The Samsung ATIV SE also includes other features that’ll sound familiar to anyone looking into purchasing the Galaxy S5 or Galaxy S4. The quad-core processor is rated at 2.3 GHz and Samsung has stuffed a 5-inch AMOLED display into the device mostly plastic design as well. The ATIV SE does have a front-facing video camera for chatting and communicating with friends, it also features a robust 13 megapixel rear-facing camera.

To be clear, the Samsung ATIV SE is only $199.99 if buyers are willing to sign a two-year service agreement with Verizon Wireless. It’ll cost $599.99 without a contract. Verizon is already accepting pre-orders and will begin shipping the device to users for free on April 12th. Unfortunately, the ATIV SE doesn’t come with the Windows Phone 8.1 software Microsoft recently showed off. Users will have to wait until Samsung provides an upgrade.