The new Samsung ATIV Smart PC Windows 8 tablet will soon come to AT&T for $799 with no annual contract.

The Samsung ATIV Smart PC runs the full WIndows 8 with a dual-core Intel Atom processor up to 1.5 GHz, and comes equipped with 4G LTE for AT&T’s network. The tablet doesn’t require a contract, and users can buy data from AT&T only when they need it, just like iPad users can. AT&T isn’t specific about prices for the data plans, but they are likely similar to those of the iPad or iPad mini.

Samsung’s ATIV Smart PC has an 11.6-inch HD PLS display with a 1366×768 resolution and has 64GB of storage space with a microSD card slot for additional storage. The tablet comes with Windows 8, though users can upgrade to Windows 8 Pro if they feel the need to upgrade. Windows 8 Pro mostly adds encryption features for businesses that most average users won’t need or know what to do with. 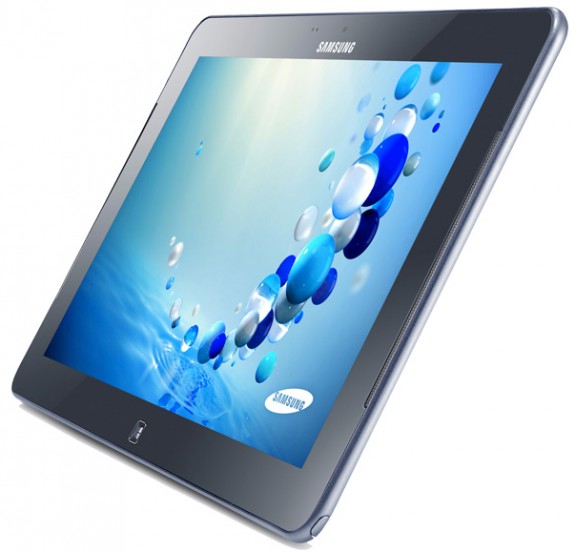 AT&T and Samsung will include a trail version of Microsoft Office 2012 on the new tablet for more productivity. The trial version should hold users until Office 2013 comes to market sometime next year.

AT&T will sell the Stand Dock accessory for the ATIV Smart PC for $49, and a VGA adapter for $40. The Stand Dock will charge the tablet and give it a USB port and an Ethernet port for a wired data connection.

Samsung’s ATIV Smart PC comes with an included S Pen, though AT&T doesn’t mention that in the press release.

Samsung also offers a more capable tablet called the Samsung ATIV Smart PC Pro with an 11.6-inch 1080p display and an Intel Core i5 processor. The ATIV Smart PC Pro also includes the S Pen and an optional keyboard dock to turn it into a laptop.