Samsung may have been Google’s most valuable partner when it first built Android, and one whose Galaxy brand is synonymous with Google’s platform in marketing campaigns, but recent rumored rifts between the two partners could create an opening for Microsoft to swoop in and steal Samsung’s love.

In addition to a rumor of a revamped UI for Windows Phone 9 being tossed around by Eldar Murtazin, it looks like Microsoft may have plans to court Samsung with a $1 billion offering if the company will continue to make Windows hone devices. 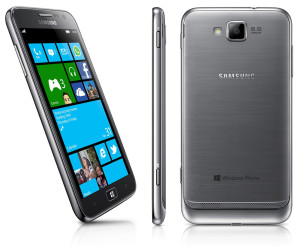 It’s unclear how accurate these claims by Murtazin are.

Microsoft had offered a similar deal with Nokia in the past to convince the Symbian-reliant,

struggling Finnish smartphone-maker to switch to Windows Phone and ensure that Nokia remains viable and invest in the growth of Windows Phone. The investment proved to be successful and Nokia came to dominate Windows Phone market share. The success may have been a cause of concern for Microsoft should Nokia switch allegiances and build Android handsets, and this threat was credible enough that Microsoft had acquired Nokia’s devices and services division in a deal worth a little over $7 billion to ensure that Nokia’s brand will be exclusive to Windows Phone.

However, the challenge here is that Samsung is exploring its own options, and the company could become a rogue player in the market. After Google had acquired Motorola Mobility and justified the deal for the latter’s patents, there were speculations that Samsung and other Android partners were not too happy with the move as Google would directly be competing against them. As a back up, Samsung invested heavily into the Tizen OS, which it is leading along with Intel. It’s unclear if Samsung will want to make heavy investments into Windows Phone considering this latest endeavor.

Most recently, we’ve been hearing that Microsoft may have plans to even eliminate the licensing fees for Windows Phone and Windows RT, which would put Windows Phone on the same par as Android as far as costs to manufacturers like Samsung and HTC. This aggressive step, combined with a lucrative offer for Samsung, could help drive up the visibility of Windows Phone in the years to come.