A new rumor from Unwired View claims that Samsung could release three different models of the Galaxy Note 8.0 in Europe, each with different radios.

Samsung will also likely bring the Galaxy Note 8.0 to the U.S. and Asia. The company will likely bring at least one model of the tablet to each market. The Wi-Fi version seems the most obvious choice to bring to every region. 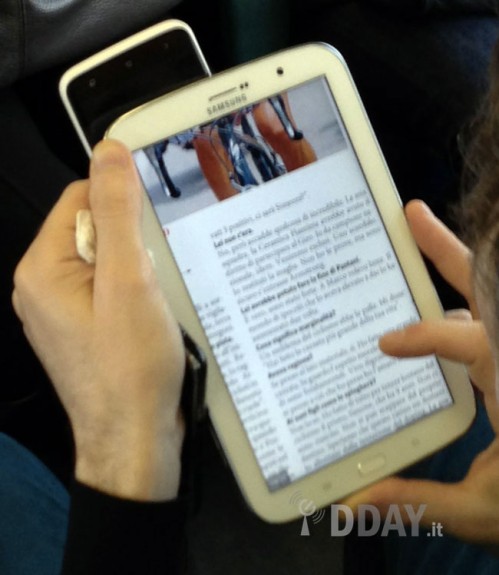 Last year Samsung introduced the Galaxy Note 10.1 in the U.S. as a Wi-Fi only tablet. For a few months the Wi-Fi models were the only version of the tablet available in the U.S., until carriers started to bring them to their networks. The tablet is now available on AT&T and Sprint with a 4G LTE radio.

Samsung will likely announce the Galaxy Note 8.0 at Mobile World Congress in a few weeks. The tablet looks a lot like the Galaxy Note 2, just bigger. Rumors say it will have a 1280×800 screen and use a quad-core processor to run Android 4.2 Jelly Bean. Like other Note devices the tablet will use an S Pen stylus for taking notes, sketching and just for general interaction with the display.

There is a chance the Samsung Galaxy Note 8.0 will come to the U.S. sometime in March.