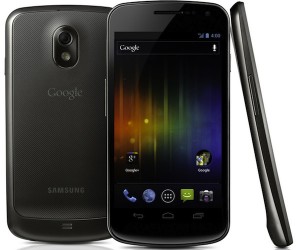 Brief Mobile reports that Samsung lawyer John Quinn says that Apple was not harmed by sales of Samsung’s device as the phone generated $250 million of revenue for the company and that “this is a product that, at most, captured 0.5 percent of the market.”

While the Galaxy Nexus is among some of the most powerful smartphones when it launched, the device debuted with a dual-core processor when quad-core CPUs were just around the corner. The NFC chip used for Google Wallet payments was only supported at a limited number of retailers and the device came with non-removeable storage forcing users to the 16 GB capacity or move towards the cloud for expansion. Additionally, rumors were also swirling around the Galaxy S III at the time the Galaxy Nexus launched as well.

In the U.S., the only two carriers that offer the Galaxy Nexus are Verizon Wireless and Sprint. Both models come with 4G LTE network support, though Verizon often pushes more popular flagship models like its Droid series and Sprint’s 4G LTE network is still only available in limited market. As a result, Galaxy Nexus sales in the U.S. are often small. More importantly, though the Galaxy Nexus is a Google device, the Sprint and Verizon models often trail the GSM international model where software updates are concerned.

Google has since discounted the price of the international Galaxy Nexus several times to attract sales. It is now rumored that new Nexus smartphones are coming to market soon to either succeed or replace the Galaxy Nexus.