Samsung Mobile head J.K. Shin is downplaying the company’s decision to utilize rival Qualcomm’s Snapdragon 600 processor in the U.S. and U.K. variants of the flagship Galaxy S4 Android smartphone. Elsewhere in the world, the Galaxy S4 will ship with Samsung’s own Exynos 5 Octa processor that has been demonstrated in prior benchmark tests to outperform Qualcomm’s chips. However, Shin says in an interview with CNET that the difference in performance will not be felt by many owners of the Galaxy S4’s owners.

Shin does have merits to his claim as the Galaxy S4 unit that I had reviewed for U.S. carrier Sprint Nextel in the U.S. was speedy and responsive. It could handle all the tasks that I threw at it with easy, including running apps side-by-side thanks to Samsung’s Multi-View windows multitasking tweak, playing games, and streaming music and videos. 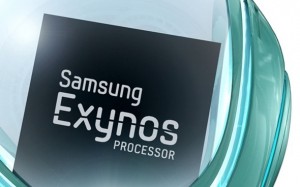 Additionally, while there were some chatter that the reason that Samsung had chosen to launch the Galaxy S4 in the U.S. with Qualcomm’s chipset is because the Exynos isn’t certified for LTE networks in the States, a fact that Shin refuted. This isn’t the first time that Samsung has gone on record to say that its Exynos 5 Octa is LTE-compliant.

When the company had debuted the Galaxy S3 smartphone nearly a year ago, similar concessions were made for the U.S. market because at the time the quad-core Exynos 4 CPU was not LTE-certified, but it seems that Samsung has resolved this issue and the company says that its decision to go with Qualcomm is because of a supply issue.

“We use multiple different sources,” Shin says, referring to the internal CPU of his flagship phone. “It’s a sourcing issue.”

Hopoefully, Samsung will be able to better meet demands for its Exynos 5 Octa when it launches the much rumored Galaxy Note 3 phablet, which is expected to arrive in the fall.