Despite Samsung’s own confirmation that the Galaxy S III will be using the company’s in-house ARM-based quad-core Exynos processor, an un-named Samsung executive was quoted as saying that U.S. variants of the smartphone will be relying on rival Qualcomm’s dual-core Snapdragon S4 processor.

That executive stated that the company will release different variants of its third-generation flagship Android smartphone for different markets. In the U.S., it is said that 4G LTE mobile broadband network support is more compatible with Qualcomm’s chipsets, and perhaps this is the impetus for Samsung’s decision to utilize the S4 chip. In its homeland of Korea, Samsung will utilize its own quad-core applications processor and 4G LTE:

Samsung plans to release its Galaxy S III smartphone according to different specifications and different markets. For European consumers, it will use 3G and the company’s own quad-core mobile APs, while its own solution that combines LTE, 3G and quad-core mobile APs will be used for the Korean version. But only in the United States, will Samsung use Qualcomm chips. 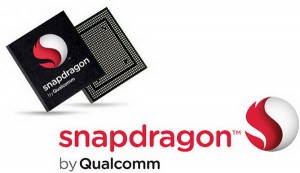 The executive was quote in the Korea Times and did not want to be identified.

The move by Samsung will mirror what its rivals have been doing. HTC’s recent HTC One X flagship line utilizes a quad-core Tegra 3 processor for the international market, but when the One X variants hit the U.S. market, those devices will utilize the Snapdragon S4 CPU as well. In the past, Samsung had eschewed its dual-core Exynos CPU for U.S.-based devices as well, including the Galaxy Note for AT&T.

Although the manufacturing yields are progressing per expectation, there’s a shortage of 28-nanometer capacity,’’ Qualcomm CEO Paul Jacobs said.

And at this stage, we cannot secure enough supply to meet the increasing demand we’re experiencing. We’re working closely with our partners to bring additional capacity online,’’ Jacobs told investors of this rare admittance of a problem.