The company introduced the ATIV Book 5, which is a 14-inch touchscreen Ultrabook. The ATIV Book 5 is already available and starts at $900. There’s also an ATIV Book 6 that will start at $1200.

The full product categories and names are listed below, according to SlashGear: 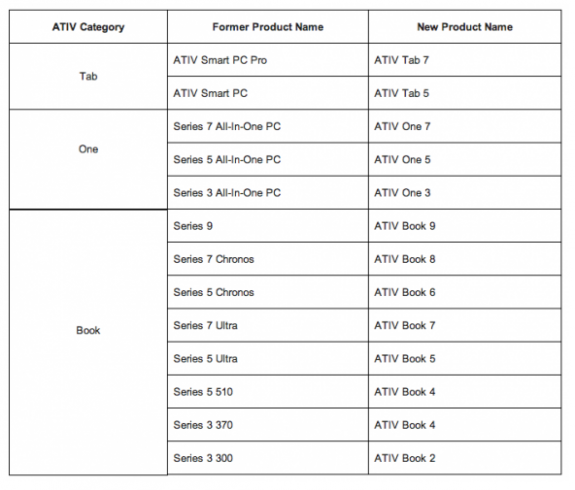 In addition to rebranding its Windows product lineup, Samsung is also bundling its SideSync software on all ATIV products. The pre-loaded software will allow users to more easily manage their mobile products and synchronize their phone and multimedia between the smartphone and PC. 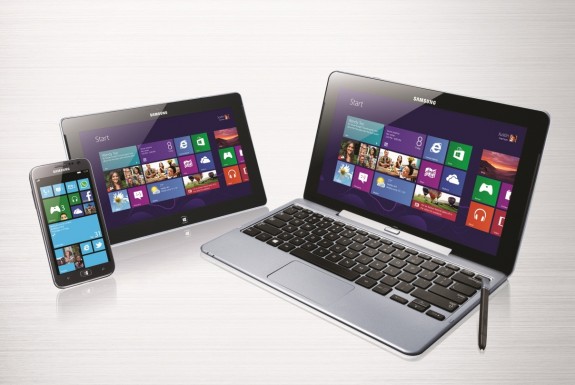 In addition to the ATIV line, Samsung has branded its Android efforts around the Galaxy branding, with the flagship smartphone being the current Galaxy S4 and the Galaxy Tab as its consumer-grade tablet. The company also creates the Galaxy Note line that comes with the active digitizer S-Pen based on Wacom’s technology, and that product is geared more towards creative professionals.