Apple had created the war of pixels for the sharpest looking display when it debuted the iPhone 4 several years ago with its Retina Display. At the time, CEO Steve Jobs says that it’s named as such because the screen has a pixel density of 326 pixels per inch, and anything over 300 ppi is great as the human eye cannot discern each individual pixel. Now, we’re seeing some obscenely dense pixel arrangements on 5-inch full HD 1080p displays on devices like the HTC Droid DNA, which has a 440 ppi resolution. And though devices are packing more pixels today than ever before, Samsung isn’t satisfied as it’s trying to find ways to fashion each pixel into new shapes to pack even more pixels. 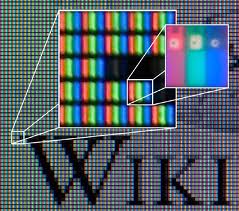 Today’s pixels are shaped into squares. According to Sammy Hub Samsung is looking to change that shape into a diamond shape or a hexagonal shape to add more pixel density. It’s unclear if the human eye can perceive the added pixel density from the full HD panels of today with square pixels on a 5-inch smartphone display or 6-inch phablet screen, but cramming more pixels into a display may help with larger display sizes. With tablets of 10-inch or larger, the difference may be more noticeable.

These displays may make their way into the Galaxy S4 and some are speculating that the Galaxy S4’s 4.99-inch display will have more pixels packed into it than the 5-inch 1080p resolution display on competing devices, like Sony’s Xperia Z or the HTC Droid DNA.

It’d be interesting to see how the changed shape of each pixels affects the overall rendering of an image using the same display resolution. I think this is more important than trying to cram more pixels in the same space. Would a 5-inch 1080p display with hexagonal pixels be a better display in terms of display clarity, contrast, and battery life than the same resolution screen with square pixels?

Apple may have been clever to separate itself from the specs war by just using Retina Display in its marketing. After a ppi of around 300 or so, any more pixels would return diminishing utility to the end user and it becomes a contest on who can cram the most pixels. However, if at the end of the day, the user experience is largely unchanged, it may not matter much to the end user. Sure, saying that your phone runs a 4K display may get you some geek cred, but it may not give you a better experience than a 1080p display. However, when the iPhone moved from its roughly HVGA display to the Retina Display, the gain showed a perceivable improved user experience.

Samsung hasn’t been shy with tweaking displays and screen technologies. To get more battery life out of some of its devices and to get the most contrast from its displays, the company has been using PenTile sub-pixel technology on many of its mobile LCD and AMOLED panels.