After having lost a first patent infringement case against Apple resulting in a $1.05 billion payment, Samsung will be going up against Apple in a second case involving more modern devices in the U.S., including the Galaxy S III. In this case, Samsung is now countersuing Apple and has requested to add the iPhone 5 to its roster of Apple devices which the company feels infringes on its patents. This second legal case in the U.S. is based on Apple’s claims that Samsung has infringed upon Apple technologies and Apple is arguing these claims on patents that were not argued in the first legal case. Samsung is countersuing with its own claims and patents. 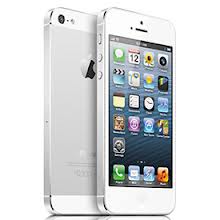 In a report based on The Verge, Samsung is arguing that “the iPhone 5 of infringing the same patents as the other devices: a mix of 3G standards-essential patents and specific feature patents.”

The company has since issued a statement, saying that though it would rather compete in the marketplace, Apple’s aggressive legal tactics is forcing it to battle Apple in the courtroom:

We have always preferred to compete in the marketplace with our innovative products, rather than in courtrooms. However, Apple continues to take aggressive legal measures that will limit market competition. Under these circumstances, we have little choice but to take the steps necessary to protect our innovations and intellectual property rights.

With standards-essential patents in play as part of Samsung’s infringement claims, the chances of a landmark victory like Apple’s $1.05 billion would be slim for Samsung. The company had hinted before Apple unveiled the iPhone 5 that it would attempt to go after Apple’s next planned 4G LTE device as Samsung does own a lot of the 4G patents out there. However, Apple has also been buying patents related to the technology and the company is using Qualcomm’s radio and modem for 4G LTE so it can make the argument that it’s Qualcomm who is infringing if Samsung or another company goes after those patents.