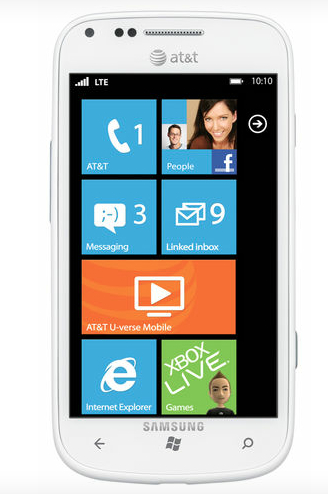 The Focus 2 will be available in glossy white, with no other colors available, or at least no other colors announced. It features a 5MP rear-facing camera that can shoot 720p video and a front-facing VGA camera for Skype and other video chat options. The rest of the specs of the phone are nothing to write home about as they’re the same as every other Windows Phone on the market. The big differentiator for the Focus 2 is it’s slim 10.98mm thickness and light weight of just 4.3 ounces.

Unfortunately the Samsung Focus 2 only has 8GB of internal storage with no microSD card slot for expansion.That means less space to store media, but 4G LTE  and services like Spotify should help users that want a large collection of music available on their phones.

The Samsung Focus 2 is actually the fourth in the Focus lineup. Previous iterations include the original Focus, Focus Flash, and Focus S. Users who recently purchased one of the previous models might not find much reason to upgrade to the new Focus 2 unless they really like the new phone’s design. That’s especially true if current Windows Phones won’t get upgraded to Windows Phone 8.