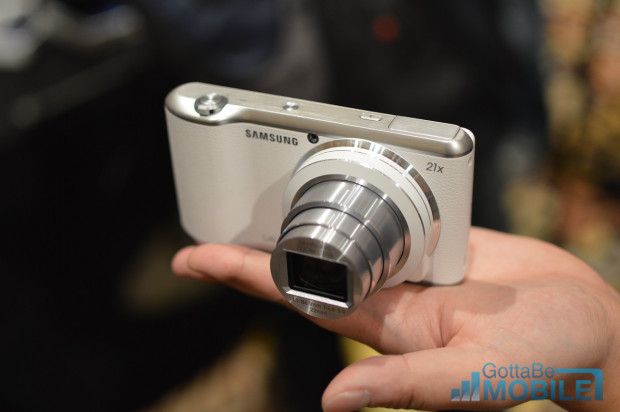 The Galaxy Camera 2 on the surface, however, bears similar specs to the original in terms of imaging power. Though Samsung did not have production-ready units at CES and the company would not allow us to take sample images with the pre-production samples on hand, the company did promise that the image quality will be better than the original. We still have a camera-sized 16-megapixel camera backside illuminated (BSI) sensor, a 21X optical zoom, and 1080p video recording capabilities.

You still have the same 4.8-inch rear 720p resolution display, which serves as the viewfinder for the camera. 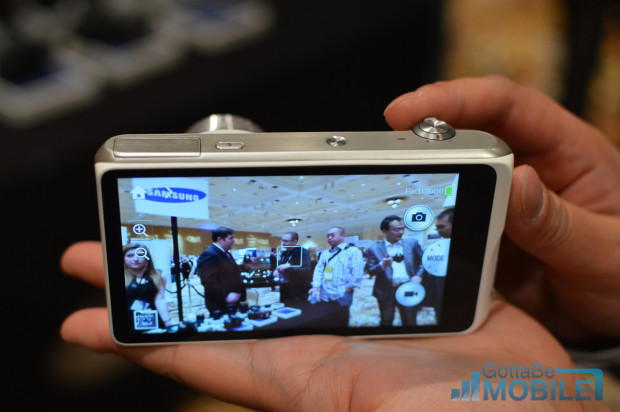 The camera is powered by Android 4.3 Jelly Bean and has a larger battery so hopefully users won’t need to recharge quite as often for a full day of shooting, especially if you add in wireless radios to the mix. Right now, Samsung is saying that only a WiFi edition has been announced, though we are hoping that like the original there will be variants with support for 4G LTE as well. 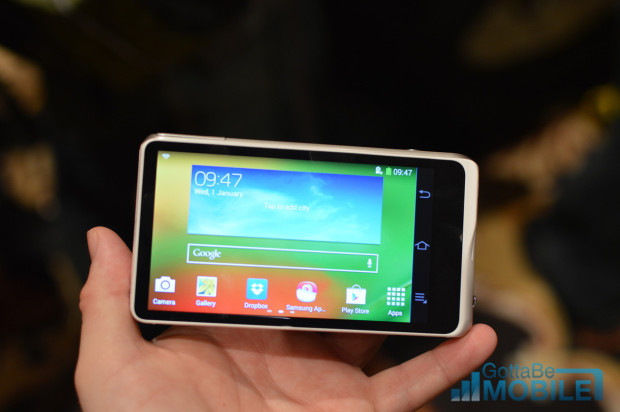 The Galaxy Camera 2 also supports NFC so you should be able to use S Beam and Android Beam to tap to share between two Galaxy or Android devices with NFC support.

And though the newer model looks impressively slim, looks can be deceiving. Thanks to the chrome-like top and bottom plates along with tapered edges, the Galaxy Camera 2 does appear to have shaved off a large portion of its heft. However, when compared to the original the difference is more muted. 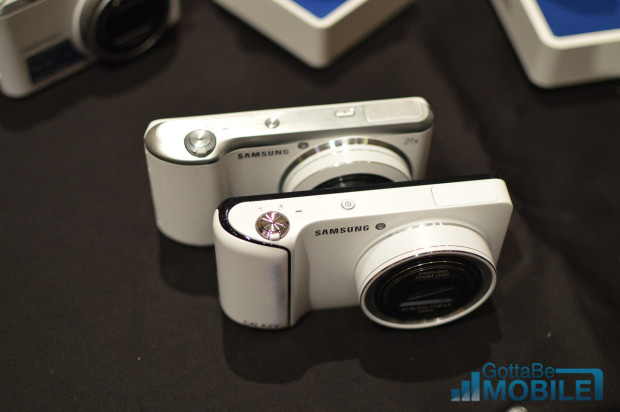 According to Samsung camera representatives at the show, the original Galaxy Camera is the best selling camera during the holiday season in the $400 price range, though company officials were unwilling to give Gotta Be Mobile specific sales figures.