Just as earlier reports indicated Samsung will be using its press event at IFA 2013 to announce a new brand of smartwatch dubbed the Samsung Galaxy Gear.

In an interview with the Korean Times, Samsung’s Lee Yong-hee, executive vice president of Samsung’s mobile devices division, doesn’t hint at the company’s approaching entry into the wearable computing space. Instead, she outright confirms it.

“We will be introducing a new wearable concept device called Galaxy Gear at our own event in Berlin on September 4th.” While building hype for the Galaxy Gear smartwatch, Young-hee also took the opportunity to deflate some of the hype that had been building around the Galaxy Gear’s rumored flexible display.

According to Young-hee the Galaxy Gear that the company will show off next week will use a “non-flexible display.” While the world will have to wait to see if that is a bad thing for Galaxy Gear, Young-hee isn’t leaving out the possibility that Samsung could use the intellectual property it has to create other devices using flexible displays at a later time. 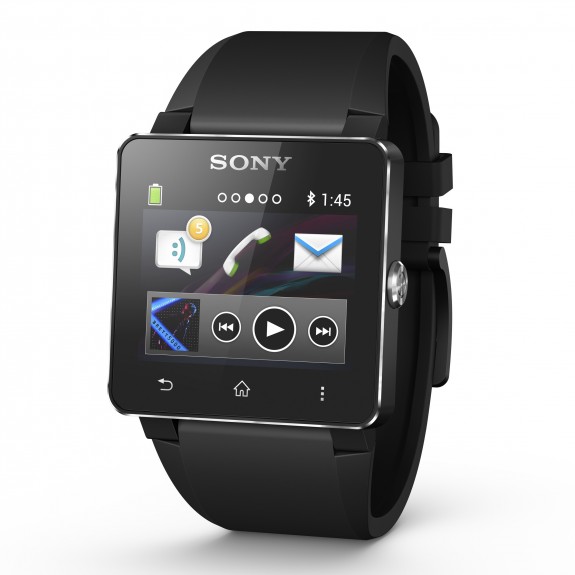 As for the Galaxy Gear users will get to see on September 4th, Young-hee says that it will “enhance the current smart mobile experience in many ways”, and that the device will “lead a new trend in smart mobile communications.”

While the Samsung Galaxy Gear may enhance user’s smartphone experiences, it won’t exactly be the first device in the wearable computing space. Sony recently launched the SmartWatch2, an Android-powered watch that features NFC or near-field communications support, Bluetooth wireless connectivity and a 1.6-inch touchscreen display. Users can connect the device to their smartphone and keep up with the latest text messages, emails and weather alerts without having to remove their device from their pocket.

While not a smartwatch, Google’s entry into the wearable computing space, Google Glass, attempts to make connectivity just as effortless as other devices in the market. Recent updates to Google Glass have added some impressive functionality, including the ability for users to browse the web on the device’s heads-up display using their smartphone’s internet connection. There’s still no word on when a final version might actually become available for users to purchase. Right now, Google Glass is only available to users in its expensive open-beta program.

If rumors are accurate, even Apple has been preparing an entry into the wearable computing space. Many sources have pegged an Apple iWatch for a lunch as soon as this year. Apple is preparing to hold a special event on September 10th, however it’s unlikely that users will get a glimpse of the often-rumored iWatch at that time.

Samsung’s Young-hee didn’t hint at pricing or availability for the Galaxy Gear.