Samsung and three of the United States’ wireless companies have announced that American users will be able to pick up the Samsung Galaxy Mega, the latest smartphone from Samsung to feature a super-large display, soon. 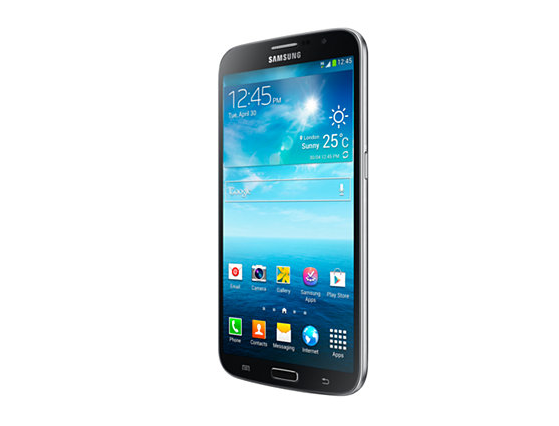 The Samsung Galaxy Mega come with a big screen, but leaves room for a Note 3 on AT&T.

AT&T users can expect the device to be compatible with that network’s 4G LTE network. Users will be able to purchase the device on AT&T for $149.99 with a two-year service agreement, or $24 a month as part of the AT&T Next program. The Samsung Galaxy Mega will also go on-sale at Sprint and U.S. Cellular as well, though neither network has discussed pricing or exact an availability date. AT&T will make the device available to its users on August 23rd.

Although today’s press release might indicate otherwise, it would seem that Samsung is positioning the Galaxy Mega as a sort of low-budget alternative to the Galaxy Note 3.

The Galaxy Mega includes a relatively mid-range dual-core Snapdragon processors, and just 1.5GB of RAM.  The device also only offers 8GB of on-board storage though users will be able to add more using the device’s built-in microSD card slot. Even its cameras are decidedly mid-range with the device including an 8 megapixel front-facing camera and 1.9 megapixel rear-facing camera. That’s in stark contrast to the Samsung Galaxy S4 which includes a 1080p display, quad-core processor and 16GB of storage, minimum.

With those specs in mind, it’s clear that Samsung is still leaving space open for the introduction of the Galaxy Note 3. That device could include a 1080p HD display and a next-generation processor. It’ll also have support for Samsung’s S-Pen stylus, something that the Galaxy Mega doesn’t.

Samsung is widely expected to debut the Galaxy Note 3 at its Unpacked event on September 4th.