Droid-Life has posted a photo of what is clearly two accessories for Verizon’s upcoming Samsung Galaxy Nexus which means that an announcement or better yet, a release is just around the corner. On the left you see the Shell/Holster Combo with the Kickstand and on the right we have the plain old Silicone Cover and both items have apparently found their way to a Verizon retail store.

And that’s a pretty good sign that we are closer than ever to the launch of one of the most anticipated Android phones to date.

We just wish Verizon would clear up the release date madness. We still have three possible dates. November 10th, which is highly unlikely considering the Droid RAZR launches the day afterward, November 17th which is the day that the phone will hit Europe and November 21st. 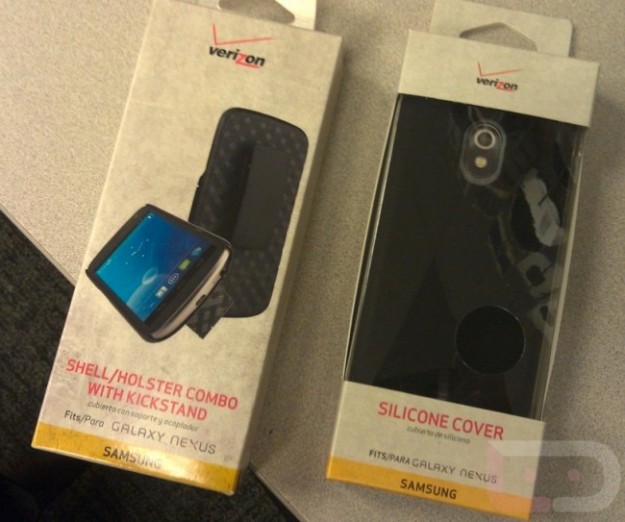 If we had to bet the house here, we’d say the most likely date among the trio is November 21st. It gives Big Red some breathing room in between the Droid RAZR and HTC Rezound launches and it’s right before Black Friday which will give the carrier an opportunity to maximize exposure.

So, how about it Big Red?

Can we make the date official?