The Samsung Galaxy Note 10.1 was introduced at MWC 2012, but we’ve yet to hear much about the new tablet as Samsung pushes the Galaxy Tab 10.1 2 as the go to 10-inch Android tablet.

This new pen holder is built into the edge of the tablet, much like the Stylus holders we saw on early Tablet PCs, which were much more convenient than trying to carry a stylus around separately. 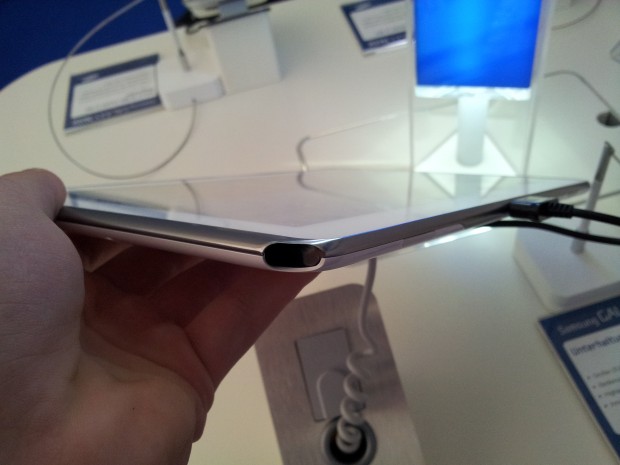 According to Tabletcommunity.de, the Galaxy Note 10.1 with a S-Pen holder was caught on camera at a “Galaxy Knights” event at Castle Auerbach where items including the Galazy S III were shown off to press and retailers.

The Samsung Galaxy Note 10.1 was rumored to be on hold while it waited for an upgrade to a quad core processor, but Samsung denied this rumor. We still have no firm release date for the Galaxy Note 10.1. Other than the added S=Pen holder, the specs remain the same with a 10.1 inch display at 1280×800, 1GB RAM and Ice Cream Sandwich.