On August 29th, Samsung will be announcing the Samsung Galaxy Note 2. We’ve already seen hints that the device might be running an outdated version of Android when it arrives but yesterday’s announcement was the biggest hint yet.

The Samsung Galaxy Note phablet is a tricky device to begin with. It sports a large screen, it features multiple screen inputs. These very likely make it more difficult to upgrade than a regular device. We saw that with the late Android 4.0 upgrade with the AT&T Galaxy Note.

Read: What I Want From The Samsung Galaxy Note 2. 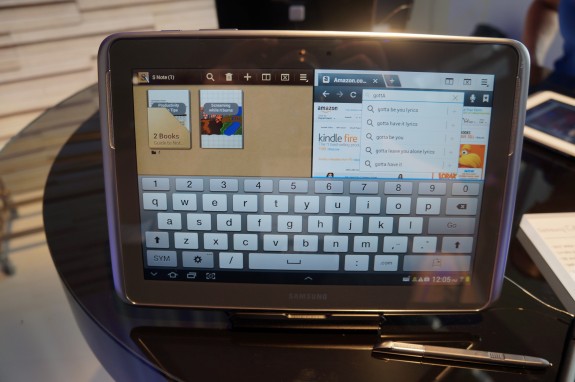 In fact, the ICS update to the international devices came a little later than expected as well.

Another tricky part about the Galaxy Note is that, unlike the Galaxy Note 10.1, unless it’s unlocked, it’s attached to a carrier. Wi-Fi devices almost always get their major updates before devices that are found on carriers.

So, if the Galaxy Note 10.1 is any indication, Samsung will likely launch the Galaxy Note 2 with Ice Cream Sandwich and then promise an update to Jelly Bean for the device sometime later this year. It did the same thing with the Note 10.1.

This way, it can launch before the iPhone 5.

Now, that wouldn’t be a problem if Android 4.1 Jelly Bean was terrible (it’s not) or if American carriers were a part of the initial upgrade process. (They aren’t.)

Instead, Galaxy Note 2 owners might be propelled into the madness that is the major Android update process and they might be given a phone that is running an inferior version of software.

For some, that won’t be a problem. But for others, especially those who have owned an Android phone and have gone through the ridiculous process before, it might be worth it to skip the annoyance of having old Android software and wait for the new Nexus smartphone which I assume will be out this winter.

So it’s my hope that Samsung decided to outfit this stellar device with the latest software (that is already out on devices mind you, unlike when it launched last year before ICS) but at this point, I’m expecting Ice Cream Sandwich 4.0 to arrive with the Galaxy Note 2 on August 29th.

Is that a deal breaker, at least at launch, for anyone else?