While Samsung had announced the 10.1-inch version of the Galaxy Note, expanding its offering of pen-enabled tablets, at Mobile World Congress, the company did not announce what it hopes to charge for its larger Note. Now, according to one online retailer, we may expect to see the Galaxy Note 10.1 to be priced at €729, or roughly $960.00 at the current currency exchange rates, which is more than double what Apple is pricing the base 16 GB WiFi-only iPad 2 today.

Samsung had introduced the Galaxy Note 10.1 as a way to differentiate its tablets from the slew of high-end and low-cost Android slates on the market today. Like the phone-tablet hybrid in the 5.3-inch high-resolution Galaxy Note, the Galaxy Note 10.1 features an active digitizer pen, which Samsung dubs as the S-Pen, and a re-designed look that’s borrowed from the Galaxy Tab 10.1N. 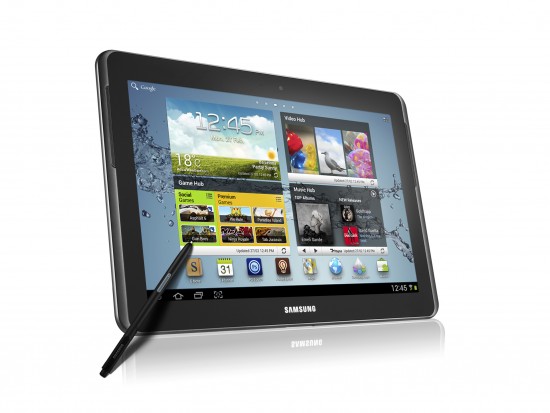 Though the Galaxy Note 10.1 may cannibalize sales of the Galaxy Tab, which comes in the same size and similar form factor, Samsung says that it would be happy if that would happen as the company is seeing the digital pen as a way to differentiate its products. The move to re-integrate a pen into tablets began with HTC’s move with the Magic Pen, which debuted as an accessory for the HTC Flyer. Since then, HTC had integrated the pen along its 10.1-inch HTC Jetstream and Samsung had introduced the Galaxy Note line.

The pen is offering some success for both companies and consumers. At this time, app-developers must build their apps with SDKs released by Samsung and HTC to take advantage of the full potential of the pen. Samsung’s pen implementation at this time is still more consumer-friendly than HTC’s as Samsung allows the pen to still be used to swipe, make selections, and interact with apps on capacitive touch screens much like how users would use their fingers whereas HTC limits its pen’s functionality purely to drawing and annotation at this time.